It's too hot to think up words to say about stuff........it's 43 degrees at the moment..... air con failing, sitting in the lounge with the curtains drawn watching things like this.......Uh oh.....this is the banned version of this classic 80s splatter video....great tune too.
Posted by Tim 'Space Debris' at 18:20 No comments:

All of these tunes from 1980. A pretty fuckin good year for the Laughing Clowns wouldn't you say?
Posted by Tim 'Space Debris' at 20:51 No comments:


Australian garage classic. The Missing Links Wild About You from 1965 was their 3rd single.  Weird & wild. The Saints covered this on their first LP and there was a great rock book that used this title too. Sydney rocked.


More deranged garage from Sydney in the mid 60s. You're Drivin Me Insane was the 2nd single from The Missing Links. This has gotta be one of the greatest songs ever.

From the 2nd Saints album Eternally Yours (1978). Alright. Let's Shoot the professor. Yeah!

From The Saints 3rd LP Prehistoric Sounds released in late 1978. Rowland S Howard used to cover this live with his band These Immortal Souls.

The haunting sound of urban summer in Australia. Even though this song is particularly about Brisbane under the Police State of Sir Joh in the 70s it has a universal sound of a lethargic, irritating, paranoid and unrelenting Australian summer.
Posted by Tim 'Space Debris' at 13:44 No comments:

Email ThisBlogThis!Share to TwitterShare to FacebookShare to Pinterest
Labels: Brisbane, Know Your Product, Swing For The Crime, Sydney, The Missing Links, The Saints, Wild About You, You're Driving Me Insane 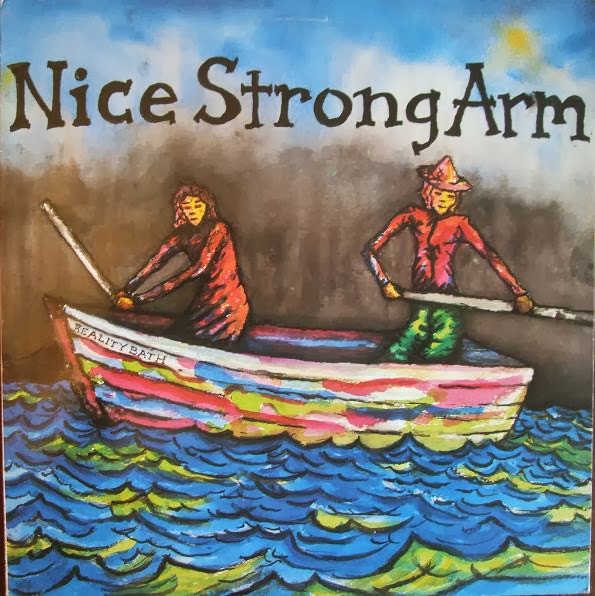 Now here's a record that is truly lost. Nobody talks about it, it's forgotten. It's in my record collection and I've barely considered it as anything. I was reading a blog (sorry forgotten the name) the other day and there it was with a little spiel and a dead download link from like 7 years ago. In Melbourne in the early 90s I picked up a stack of records on the Homestead label for next to nothing in a bargain bin . Live Skull, UT, Great Plains etc. I'd heard or heard of those bands but I'd not heard of these guys, I bought it anyway (probably due to the cover). It sat alongside my Live Skull record as a good noisy LP but it couldn't really compete with you know...er... who could it? So it rarely got played. Well that's what I thought.

So I pulled out Nice Strong Arm's Reality Bath after over 20 years of ignoring it and guess what? It's a little lost gem from the 80s underground. They obviously loved their Joy Division and MX80 Sound. They didn't sound unlike their peers Flipper, Bailter Space etc. Nice Strong Arm also predate/influenced Pavement, Trumans Water, Unwound and in particular Polvo. Looking through what info I could find on the interweb, one common criticism aimed at the group is that their songs were directionless. They're songsare definitely not directionless. Like Throwing Muses circa mid/late 80s Nice Strong Arm's guitars just took a different route to the rest. The guitars turn down strange paths exploring uncharted nooks and crannies, then new harmolodic vistas open up seemingly out of nowhere. This is the most compelling aspect of the band. You get the feeling the critics and public alike (including myself) missed the point. Sure the name Nice Strong Arm has got to be one of the most pox names ever for a group, so that can't have helped their chances. They moved from Austin to New York after this album and recorded 2 more records before breaking up in 1990 which is all news to me. Reality Bath never got issued on cd and isn't even a cult record as far as I can tell.
Posted by Tim 'Space Debris' at 19:01 1 comment:

I just recently had my 65 year old father in law from Wales come and stay at our house in the middle of an insanely hot Australian summer. Every night when he'd go to bed he'd grab a cd off my shelf to listen to on his DiscMan (no shit he had one). The following morning I'd get his thoughts.

Master Of Reality-Black Sabbath
"I listened to a very weak Black Sabbath album last night. It was poor. It wasn't heavy enough."

Pacific Ocean Blue-Dennis Wilson
"It went on and on and every time I thought it was over another song started. There was one fantastic song in the middle though, ahead of its time."

Funhouse-The Stooges
"I listened to the first 3 songs."

UHF-Hacker Farm
"I listened to an instrumental group last night. Hahaha it was just muffled noises wasn't it?"
Posted by Tim 'Space Debris' at 18:47 No comments: 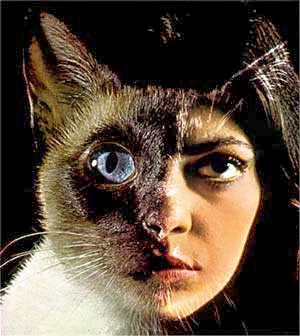 Persona-Son
Loving this cover from Brasil in 1975.
Good record too, top shelf outre experimental psych.
Posted by Tim 'Space Debris' at 16:58 No comments:


Here we go with atmosphere! I love a bit of Fairlight to get me goin. Then those synthy drums at 0.18 followed by that new wave bass just before Iva Davies goes into his Aussie Bowie/Numan shtick.


Now a bit of evocative didgeridoo before those cavernous drums kick in and that bendy bass. At 0.20 the best guitar lick Lindsay Buckingham never wrote enters before Shane Howard comes in with his right on lyrics at 0.32. Another song from my preteens that's a bit haunting. If I'd been older maybe I'd have found it cheesy but these songs stick with you.

Another one from 1982. Beautiful synth (I assume a Fairlight) soundz here that sets up the excitement for the rest of the song. Then that classic riff kicks in at 0.25 followed by some double snare hits and Hutch is at the mic at 0.48.

This ones a coupla years later and in a totally different class. Jill Burt on the oh so beautiful keys. Bass drums and high-hats from MacDonald. That "2, 3 ,4......" whisper from Dave McComb at 0.15 sends a a chill down my spine every time as does the accompanying  bass ever from the great Martyn P Casey. Then at 0.26 the drum rolls start and the song swells up with Dave's guitar, Jill's keyboards and Evil's pedal steel all chiming in just before the first verse at 0.39. Classic production from Gil Norton pre-Doolittle. The rest is awesome too.
Posted by Tim 'Space Debris' at 02:31 No comments:

The new year's topic is intros see here. I'm just goin with my definition of an intro which is before the proper singin starts. First thoughts were Marquee Moon, The Stones, A Hard Days Night but I thought everyone would have those so here's my first one Teenage Riot from Sonic Youth. It starts so clean with just one guitar until 13 seconds in.  Then comes Kim's murmurs and whispers.  By the 45 second mark it sounds like about 5 guitars plus sporadic drums and I think Kim's chanting "speed desire." It's all very sensual until 1.22 when one of the great riffs revs up and by 1.47 it's in full flight along with Shelley's crackin drum beat. By 2.05 Thurston's at the mic and well the rest is pretty good too.


Then on the same record Daydream Nation there's Candle. This starts with some of the most lovely clean spidery guitar you are likely to ever hear. At 0.48 the drums kick in and the guitar takes an anxious turn down a dark lane. By 1.10 the vibe's picked up and the riff and beat's changed to a chug just in time for Thurston to step up to the mic.

And then there was the best thing on YOUTUBE this year. Cherry Moon On Valium was hipped to me earlier this year by a blog I've forgotten the name of now. Then FACT & Reynolds ran with it despite it being like 2 years old! I love the sound and vision. It's really hard not to watch the whole thing, I can't look away. So the soundtrack is a bunch of 90s Belgian hardcore and Gabba tunes but they are slowed right down. I think they got a bunch of original people from the Gabber community to do the old school moves, of course slowed right down to suit their age. Or were they dancing to the original speeds and the video's been slowed? The mum & dad dancers seem to have brought up their child with a healthy respect for gabber. This is a version of retro I can dig.