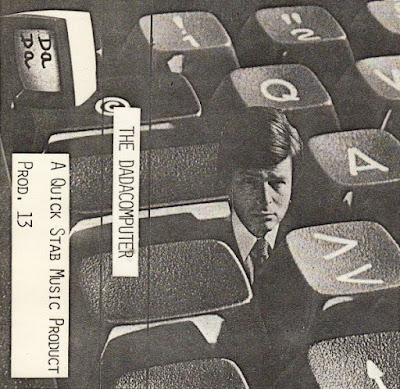 Whilst moving house recently a printed out image of the cover to this tape came out of one of my boxes. I'd printed it out a couple of years ago as I thought it was an incredible piece of pop art as previously mentioned. I'd only seen the cover and heard one of their tunes back then but a few months after that original post I found a cd in a second hand record shop in Melbourne. It was a little confusing though as it was credited to The Birth Of 5XOD. It was only like $6 so I bought it anyway. When I finally got home and did the interweb research I discovered it indeed was the same album Minimal Wave had reissued. I'd just never heard of 5XOD (or Five Times Of Dust) but I soon discovered they'd released 4 tapes in the early 80s and contained members Mark Philips and Robert Lawrence who were the original band Dadacomputer. Confused? Anyway it wasn't until blog Die or DIY? put up a file of 5XOD in 2014 that I ever heard them. Last year Johnny Zchivago of the aforementioned blog put up a whole lot of stuff from Mark Philips, Robert Lawrence and other associates of The Dadacomputer/5XOD and fuck that was like an avalanche of revelation.

Getting back to the original Dadacomputer tape from1981, it has since become a cult classic at my home, on the internet, amongst electro fiends and.....er... hipsters and continues to grow in stature by the minute. So much so that a tune from the tape has been included on the 4 CD compilation of UK electronic music from 1975 -1984 Close To The Noise Floor. In fact it's the first track on that collection, as if the compiler was trying to make a statement about the merits of the band. There's also a tune from 5XOD included as well. Anyway The Dadacomputer tape is a classic of it's ilk. The primitive melodic electronics are like an unholy union created in the interzone of Computer World and 20 Jazz Funk Greats except it is fabulously unique. Which makes that description kind of deceptive. The contents range from computer-y disco to proto-house to trippy journeys into sound to minimal pre-IDM through to the just plain weird/normal. The Dadacomputer are neglected alien space babies lost inside el cheapo computers from 1981. On the surface it seems sonically rudimentary but on closer inspection it is perhaps sophisticated. Had enough paradoxes, oxymorons, confusion etc? Well I'll stop there.

Eventually I'll do a post on Map 7 which is an epic 10 tape series by Map (ie. Mark Philips 1/2 of The Dadacomputer) from 1981 because it is awesome. 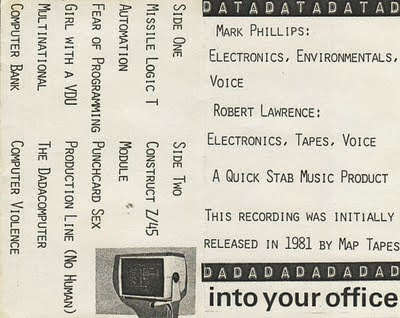 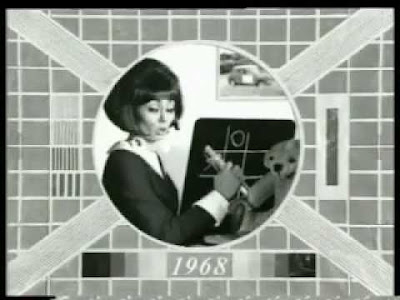 I will explain in this little post the reasons for the continuous interruptions to transmissions of my blog suffice to say health problems and a David Toop style dry patch have played roles in this. Didn't Toop retire from The Wire because he couldn't write about or listen to music anymore? Since last November there's probably been only 7 or 8 days where I've wanted to listen to music. This has made writing my blog a bit hard as it's primarily music based. Culture is a funny old thing, when you are really ill it ceases to have any meaning whatsoever for me. So in the past at least 7 months I've seen it as trivial and inconsequential. That could be the art of Tracey Enin, Mike Kelley, Christian Marclay or whoever to music like Miles Davis, Love, The Fall, Omni Trio or Young Thug to beloved movies like Bring The Head Of Alfredo Garcia, Don't Look Now, King Of New York etc. I don't want to be disengaged by the things I admire artistically and time will tell if the passion can make a return. I mean I'm pretty much done with movies, particularly those of the last 20 or so years but also retroactively such as films I once admired as a younger person. I cannot imagine sitting through a Hal Hartley film now (or at any time in the last 10 years) but I once rated him very highly. So anything could happen with regards to me and culture high or low (like there's any distinction in my brain with regard to that anyway) in the future.
Posted by Tim 'Space Debris' at 14:54 No comments: