Just noticed this was released. It's taken from his new album Pom Pom. Sounds like The Byrds or an 80s jingle jangle facsimile. Not sure if that's a good thing or not yet. Slightly reminiscent of The Church at their 80s best, musically anyway.  Both Ariel Pink and Steve Kilbey are complete vocal and wordsmith talents incomparable to anyone really.
Posted by Tim 'Space Debris' at 15:45 No comments:

Email ThisBlogThis!Share to TwitterShare to FacebookShare to Pinterest
Labels: 80s, Ariel Pink, Pom Pom, Put Your Number In My Phone, Steve Kilbey, The Byrds, The Church

"But pop and rock belongs at the end of the 20th century, in a structured, ordered world that has now fallen apart."

Whilst I believe this is true for rock I'm not convinced that this is the case for pop. Pop has had a pretty good run since say Britney's Baby,One More Time. Rock though that's another story entirely. Just the notion of a rock band seems antiquated doesn't it? It seems absolutely absurd that anyone would be hauling this old carcass around in 2014. Moribund ideas are still being thrown at us as if it's supposed to be authentic man. Surely we're all over and done with rock in the new millennium.

Ah...but herein lies a paradox. Our thinking might be ahead of our actions ie. our listening habits. I made a list some time ago of my top 50 albums of the 00s. There are 19 or so rock records. Grinderman, Eddy Current Suppression Ring, Rowland S Howard, The Drones, Yawning Man, Dungen, The Flaming Lips, Ooga Boogas, Boredoms, Deerhoof all of whom you would say were ROCK. Then there's the in between like Sun Araw, Fabulous Diamonds, Broadcast, Ducktails, Gary War, Lamborghini Crystal, Gang Gang Dance and Ariel Pink's Haunted Graffiti. I mean are that lot rock? In very broad terms you would have to say they were, wouldn't you? So actually rock hasn't fully finished for me in the new millennium despite thinking it's a rotting corpse. It has definitely dropped off in the 10s though with only Swans, Dave Graney & The Mistly, Ooga Boogas and Beaches appearing in my end of year lists. But hang on, then there's Human Teenager, Rangers, Metronomy and Peaking Lights! Are they rock bands? Sure they're not of the White Stripes variety but they have some roots in rock don't they?...or shhh.... maybe Post-Rock. I even thought I was done with psychedelia after Dungen's 2004 classic Ta Det Lugnt but what are The Focus Group's Elektrik Karousel and Belbury Poly's The Belbury Tales if not late in the epoch psych classics? Sure Belbury Poly aren't sitting in tour buses snorting coke off groupies breasts, at least I don't think they are (I kinda wish they were now). I can't think of one rock LP of 2014 that I'd rate although I haven't listened to Scott Walker & Sun O)))'s record yet (I'm psyching myself up for that).

So rock's sun is finally setting but that doesn't mean, like Paul Morley, that I'm about to get into ye olde classical music. Current rap, ratchet, trap, bop, r&b/rap interzones, electronic music, experimental and pop still hold sway with me in 2014. As well as old stuff from soundtracks, library music, reissues/compilations (Soundway, Trunk, Finders Keepers et al.),Belgian, Dutch, British and German 90s hardcore (the dance music variety), 90s Memphis Rap to Bowie etc. I think the furthest I've gone back in time, music wise, is like the 30s and 40s with the blues and early electronics. I like the ye olde electronic music but I think that's my cut off point as far as classical music goes. I don't feel the need to go back centuries in time for my music needs. As a youngster I recall thinking by the time I was 40 I'd be a jazz connoisseur and right into my classical music phase but I don't think it's gonna happen. That's for other people. The Person I didn't become. In fact I think my tastes are becoming less sophisticated as the years go on. Rock'n'Roll was about instant gratification and mayhem and that's the way I still like it.

Books That Should Be Written

After reading David Stubbs Future Days I was left with a feeling of "Is that it then?" Perhaps it wasn't a book for me, I mean I knew all the records mentioned and the bands. I'd read most of what was in the bibliography. I didn't find out much new. This is not to say it's not a worthwhile book but maybe it's for new comers. Why didn't he write it in the 90s when Krautrock was Tres Hot? Perhaps he saw a gap had opened up in the market due to the never to be reprinted Krautrocksampler by Julian Cope. What it did make me wish for was a comprehensive book on German Post-Punk aka Neue Deutsche Welle like what Simon Reynolds did for British and American Post-Punk in his great Rip It Up And Start Again book. Stubbs covered a little bit of the NDW scene in a slight chapter towards the end of Future Days. Come to think of it there may be a German book on this topic from maybe 15 years ago (I have a vague recollection of this, maybe) but obviously it hasn't been translated into English, unless I missed it. 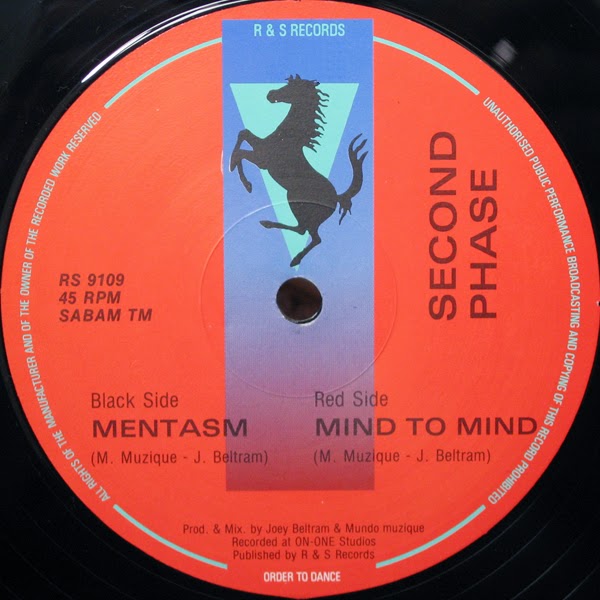 It got me thinking of some other books on music that are yet to be written. A definitive book on Australian Post-Punk would be a prime example of this. I'd also love to see a book on the mid 90s Memphis Rap scene. Information on that topic seems thin on the ground and somewhat confusing. There was an incredible amount of excellent music made in Memphis at this time, so shedding some light on it would be great. Is there even a book on 80s underground New Zealand music? Surely there'd be a market for that. I mean there's been like 3 books on the No Wave scene. A book covering Japanese music post Julian Cope's Japrocksampler would be great ie. Noise, Merzbow, the P.S.F milieu, Otomo Yoshihide, The Boredoms and whatever else happened. I could go on - Italian Soundtracks and composers, Belgian electronic dance music, a guide to Library Music or like a top 100, Gabber, Sweden's 1960s experimentalists Parson Sound and their following web of groups into the 70s etc. I always thought Simon Reynolds could expand his chapter from Rip It Up & Start again on San Fransisco's proto-post-punk scene and turn it into a whole book

Remember they used to do books on current cultural activities? Someone could probably do something on the topic of Atlanta Rap or the current state of music in general. Anyway just a thought......


Here's a mix I only just discovered on the youtubes. I've road tested it and it goes well on me bike. DJ Djero's got a whole other bunch of mixes that look like they're worthy of checkin out as well. This one features Dr Macabre, Rave Creator, Pilldriver etc. Stuff from Power Plant, Cold Rush, Kotzaak Unltd. etc.
Posted by Tim 'Space Debris' at 18:50 No comments:


I'm not even sure I like this but it really captures that downer euphoria vibe so well (it hit me in the stomach) ala post Burial, Drake, DJ Mustard etc. This track/video is almost too much, too real, too sad/euphoric etc. The sadness in this video isn't hidden like it is other tracks, it's up in your grill. Mark Fisher would call it it (perhaps a crass version thereof) party hauntology. I really get the sense of the emptiness but also the necessity to keep going despite the pointlessness of it all. Isn't that nihilism?
Posted by Tim 'Space Debris' at 18:48 No comments: