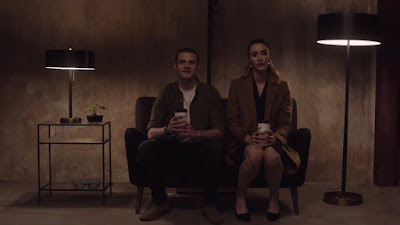 Well I've done it. That is endured the longest 4 hours of 2017 so far. Today was Twin Peaks day. I tried to act like I was more enthused than I was, suspecting that maybe I was over this teenage obsession. We specially signed up for the streaming service Stan so we could watch the show immediately. Bored, angry, tense, duped, old, sad and bemused are just some of the things I felt whilst watching the 2017 season of Twin Peaks. I would have been quite happy to discontinue watching the show after each of the first three episodes. However speechless Emma kept going so I sat and hoped that it would improve. It's worth remembering though that most of the second half of season two (aired 1990-91) was unwatchable and incredibly disappointing.

During tonight's first three episodes I just kept thinking 'Am I too old for this shit?' 'I'm just not the same person anymore.' 'Am I too depressed to enjoy this?' These thoughts were perplexing. Then I thought hang on this is Lynchian but it's not really Twin Peaks is it? It wasn't until the 4th and final episode, for this week, that it started to feel even remotely like the Twin Peaks of old. The thing is Twin Peaks of the early 90s was almost entirely set in Twin Peaks and its surrounds. Scenes not in the town were rare. In this new season however only about a quarter of the scenes so far have been set in Twin Peaks. Nobody has had pie yet. Dale Cooper has only had one sip of coffee and he spat that out. This is quite possibly a punkish statement of intent from Lynch ie. He's not gonna give us the nostalgia trip of a warm and fuzzy agent Cooper drinking endless cups of coffee while quipping enthusiastically about their merits.

The stories and soap opera/cop show vibes are barely there. Leaving us mainly with just the weird and horror portions of the show. If the ratio used to be 90% soap/whodunnit and 10% weird and scary, this time Lynch has flipped it so it's the other way around. I don't actually know what the fuck happened in episodes 1-3 tonight. It felt like I was drugged and can't remember what happened except for a few strange inexplicable dark segments. Who were all these new characters? How and why were we supposed to give a shit about them? A lot of the first three hours felt like a student film or 70s Dr Who on acid. Lost Highway, Mulholland Drive and Inland Empire were invoked more than the original Twin Peaks itself. Cast members from these films turn up too, further entwining all things Lynchian into the tv show.

By the time we got to the fourth episode, it ever so slightly started to feel like Twin Peaks. I will watch the next episode unreluctantly but.....I want more Douglas Firs, damn fine coffee, absurd quantities of donuts, cherry pie, that original sepia tone, cheesiness, other pies and the town of Twin Peaks! (Oh dear, I am the sad nostalgist Lynch doesn't want to pander to). The funny thing is 26 years ago I probably would have wanted less goofy soap and more mental shit. The bizarre and scary scenes had more impact back in the day because they were used more sparingly though.

I did sit on the couch and watch four hours of the new season of Twin Peaks in a row. That means something, I guess... 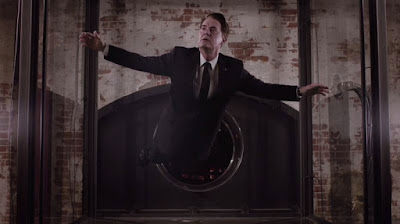 *One game I played when I got bored was - Who has aged best? The winner being David Lynch (Gordon) himself closely followed by Madchen Amick (Shelly). The rest looked old, hey that's life.

**If only Mark Fisher were still alive today to give us his analysis.
Posted by Tim 'Space Debris' at 23:51 No comments:


The only music aired at home in the last 2 months has been TG24(24 Hours) and TG+. That is like over 30 hours of live Throbbing Gristle. I can't put anything else on. That's ok though, because I've rarely wanted to listen to any music over the last 2 years. The above performance was released on VHS and audio cassette in 1980 but is also featured on the first cd of the box set TG+ from 2004. It's very hard to believe this concert took place in a boys boarding school in front of a bunch boys aged 8 to 18. The story goes that one of the students convinced a teacher to book the band because he said they were similar to John Cage. Now how many grains of salt? Great myth or true story? Who really cares?

To fully comprehend Throbbing Gristle you have to go past the handful of proper LPs and immerse yourself in their live recordings. So it's pretty handy that all their live performances from their original incarnation (1975-81) were all recorded and released. 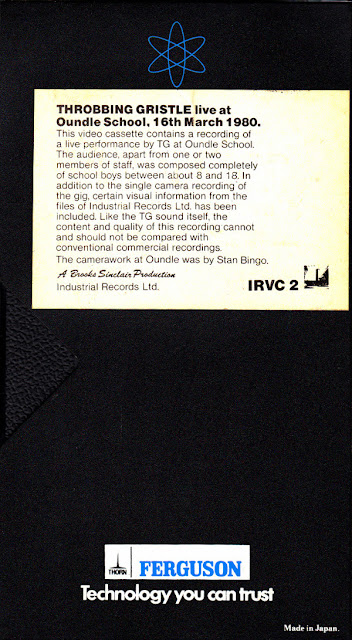 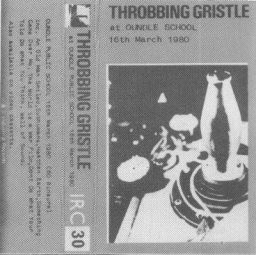 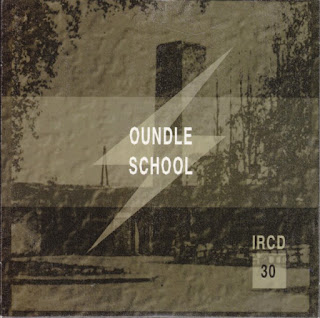 SPACE DEBRIS GOES TO THE LIBRARY

Kinda somewhere between Goblin and Numan, I guess. Splendid synth tune played by The Blue Wing Console, a pseudonym for library music producer Simon Park. Motives is taken from the LP Sun High released on the Music De Wolfe label in 1976.
Posted by Tim 'Space Debris' at 15:25 No comments: