This might be Brian Hooper's most triumphant moment. One of the best rock bass-lines ever and he wrote it. I was trying to find that footage of him talking about coming up with the bass on this but I can't find it on youtube. It's probably from the Autoluminescent documentary anyway he instantly knew it was fucking great.

Brian Hooper also co-wrote this classic tune with Rowland or did Rowland just nick the bass-line from Where The Action Is by Hooper's band The Voyeurs and give Hooper a writing credit? I'm not sure if he played bass on the finished recording of this song (?). Mick Harvey recently tried to explain this convoluted story on Melbourne's 3PBSFM but he was a bit confusing about it all. Somebody out there has the correct story. Anyway whatever the story, Hooper created that incredible bass-line. That Voyeurs tune is not on the youtubes.

Hooper co-wrote and played on this demented Kim Salmon & The Surrealists gem. I must have seen Kim Salmon & The Surrealists 15 to 20 times in Melbourne during the early/mid 90s. They were a fucking powerhouse live group. Three memorable gigs stand out, one at the Punters Club in 92 or 93 and two consecutive nights at The Club in 93 or 94. All gigs packed to the absolute rafters and frighteningly overcrowded but you didn't care because these were essential events you had to be at. Rock'n'Roll electricity.

Another fucking classic co-written by Hooper with Kim Salmon & Tex Perkins this time. Rock & Roll brothers and sisters! He could play the bass doncha reckon? You had to be good in Australia because you had the legacy of Tracey Pew (The Birthday Party) and contemporaries like Ian Rilen (X) and Martyn P Casey (The Triffids, The Bad Seeds, Grinderman etc.).

There is footage on youtube of Brian Hooper just last Friday night playing this tune at The Prince Of Wales Hotel in the Melbourne seaside suburb of St Kilda with a reformed Beasts Of Bourbon. Hooper was brought on stage in a wheelchair by 5 or 6 nurses who had him plugged into an oxygen tank. At the end of the song lead singer Tex Perkins leans in and gives Hooper a hug. It's all too emotional, less than a week later cancer would take his life away.

He went solo out of necessity, he explained once fifteen years ago, because Rowland wasn't doing enough and Kim Salmon wasn't talking to him or something like that. I Get Up Again is a slice of primo noise rock in the tradition of his old bands The Surrealists & The Beasts. 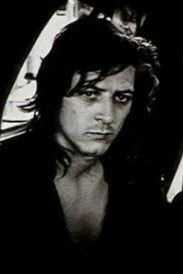 Email ThisBlogThis!Share to TwitterShare to FacebookShare to Pinterest
Labels: Beasts Of Bourbon, Brian Hooper, Kim Salmon And The Surrealists, Prince of Wales Hotel, Rowland S Howard, The Club, The Punters Club, The Voyeurs


I don't get why the soundtrack reissue record companies haven't tracked this one down for a release. I reckon it's Chattaway's second best score behind his minor masterpiece Maniac from 1980. Vigilante  the film is a classic too, capturing the early 80s NYC cesspool with beautiful cinematography. Not to forget the dramatic action and nasty revenge violence.
Posted by Tim 'Space Debris' at 00:10 No comments: