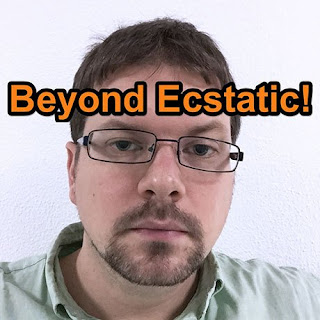 Pearsall Presents - Beyond Ecstatic: Hardcore Goes Jungle.
Another excellent mix from Pearsall from SonicRampage. These are tunes from 94/95 at the intersection of hardcore and jungle. I didn't really know what to expect from this mix as it all seemed a bit recalcitrant and probably not something I would have dug back in 95 but it's a bewdy and I think he achieves his goal. I suppose you can decide for yourself. Tunes from Ratty, House Crew, Essence Of Aura, DJ Seduction etc. Many of these are lesser known tracks by these well known artists, at least by me anyway. Pearsall describes Beyond Ecstatic as
'Jungle from hardcore producers, jungle released on hardcore labels, jungle remixes of hardcore tunes …' 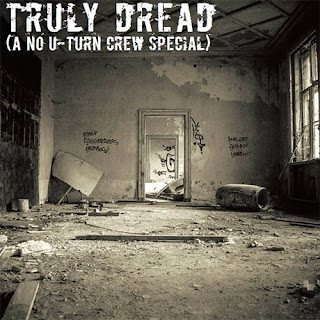 Pearsall Presents - Truly Dread: A No U Turn Crew Special.
This is another classic mix from early Feb that's on the Tech-Step tip and it doesn't disappoint either. We've got the cream of the Tech-Step crop here Nico, DJ Trace, Optical, Ed Rush, Dom etc. Get battered darkness points here. An hour and a half of 90s gold. 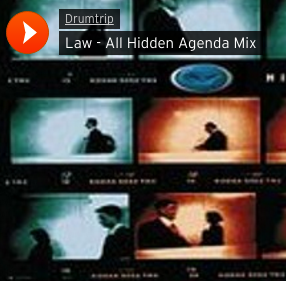 Law - Hidden Agenda Mix
Only really knew a handful of Hidden Agenda tunes before this. Most jungle with jazzy vibes gets a bit tedious but Hidden Agenda do something right that doesn't lure you to the off button. Props to Law from the great Drumtrip site for this killer mix. Am I getting old? Or just realising stuff you liked a bit in the 90s is 200 times better than anything currently being released?
Posted by Tim 'Space Debris' at 14:41 No comments:

Bass Bits Winds Up But...

I wrote this bit about bass players in July 2012. Now I wonder if they've all been covered. I've noticed some omissions though ie. Well I missed Carol Kaye but I guess she's included because I said every band from the 60s and hey she was on every second record made in that decade, the Meat Puppets and all of 80s New Zealand but did Kim Gordon, John Frenett (Moonshake/Laika), the dude in Les Rallizes Denudes, Paul Raven etc. get mentioned in the Bass Bits celebration?

Honey and Heat is a mesmerising off kilter urban dub tune with see-sawing samples. The samples here are meticulously crafted and create an entirely unique peculiarity.


Red River could be a Moonshake tune with it's squalling sax, tense noisy guitar shapes, claustrophobic minimal bass and tumbling out of control beats

* Words on Laika taken from me bit here.

Paul Raven plays the bass here with great vigour...a bit like a 60s/Noo Wave guitar style with that chopping of the strings thang. I like this song but I also think it's kinda funny....the seriousness of it all. No mistaking that 80s vibe though. Did Killing Joke make it to the stadiums? Probably only as a support act I'd say.


The sound of late 80s Australian indy psych pop bass. Beautifully melodic and swirling. There's even a break at the 3.08 mark, nice. What's not to like? Always thought it was the dude Mark Lock who was the bass player on all Died Pretty's recordings up to1988 but discogs tells me it's Steve Clarke who took over bass duties in 1989 from whence this tune came.

How could I forget this one? Not played by Kim Deal who'd moved onto guitar but by Joesephine Wiggs. Her name's rather apt here as she fully wigs out here.

David Barbe does an incredible impersonation of Kim Deal here. Sugar fully admitted this was their homage to The Pixies. Very bloody faithful.
Posted by Tim 'Space Debris' at 15:57 No comments: 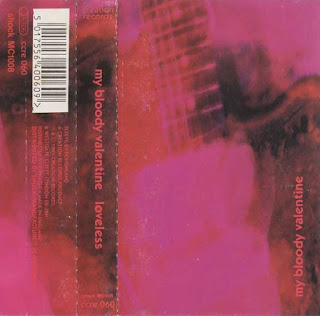 After my previous post on Debbie Googe I thought I'd put up this old bit I wrote on on Loveless.

Really do I need to spill another word onto a page about the merits of this LP? This recording is one of the most pillaged albums in rock’s history. The Jesus & Mary Chain laid down the blueprint via Phil Spector, The Beach Boys, The Velvet Underground, The Ramones, Dr. Mix & The Remix, Aeroplane Runways and more. Dinosaur Jr., Husker Du and Sonic Youth added the extra flavour and My Bloody Valentine made noise rock at its most beautiful, blurry, melodic, disorientating and come on I have to say it, BLISSED OUT (er..thanks Mr Reynolds). Kevin Shields provided his considerably unique guitar talents along with Belinda Butcher. They together did their extraordinary girl/boy vocal thing. The rhythm section was none too shabby either with the aforementioned Deb Googe on her heavy, dubby and sometimes pummelling bass. Colm O'Ciosoig provided the drums as well as occasional sampling/production/engineering duties. It all began to come together in 1988 with the release of the You Made Me Realise EP and Feed Me With Your Kiss followed by the brilliant LP Isn’t Anything. My Bloody Valentine were on an incredible roll that turned into an avalanche with 1990’s Glider EP & 1991’s Tremolo EP followed by Loveless! Sonic Youth’s Daydream Nation may have taken rock to its furthest reaches but Loveless took it beyond the universe and even into un-rock regions ie. ambient and ultra vague dance-rock. This was future rock’s cherry on top. We thought ongoing sonic exploration of rock was to continue but this was it. Loveless has now become an almost melancholy sonic document, like modernist Russian architecture that’s now in ruins, because it was never bettered. Don’t let that get you down though because this is a hell of a peak for rock’s innovation to go out on. Here come the cliches. Loveless was hazy sweet languidity with a noisy and chaotic undercurrent played with frenzied and laconic enthusiasm. Like the band’s name suggested a conundrum was at work here where apathy and hysteria were used to describe the same song. Did I say deliriously indolent? No? Well I have now. What about listless exhilaration? One tends to forget this record also fucking rocked as well as swimming in oceans of intoxicating euphoria, sometimes all at once. Oh yeah, Loveless is also pop music at its finest. Ecstatic aural pleasure at its Zenith.

Someone once commented 'Why didn't they do a whole side of the sort of stuff like Touched and the in between track hazy ambient gear?' That would have been great wouldn't it?

Best opening tune to an LP ever?

That's a good game: Best opening songs to albums. Simon should rally everyone for that can of worms.

* My original review taken from the HC Website.
Posted by Tim 'Space Debris' at 13:32 No comments:

The mythical Instrumental 2 from My Bloody Valentine. This was issued on a 7" with the first few thousand copies of 1988's Isn't Anything. Deb Googe was soo good. This predates stuff like Aphex Twin, Seefeel, all your dub/hip hop influenced post-rockers and Boards Of Canada by many years. Incredible stuff!

Then there's this. The opening tune to Isn't Anything where Googe gets heavy (wo)man.....She would later get lost amongst the euphoric guitar storm on later records. My Bloody Valentine could have been a whole different band had they continued down these paths......just a thought.

*Sorry if these have already been covered elsewhere in Simon's Bass Bits party, which continues on, but I've only sporadically been able to follow the discourse (due to the rupture in my life's flow).
Posted by Tim 'Space Debris' at 13:52 No comments: 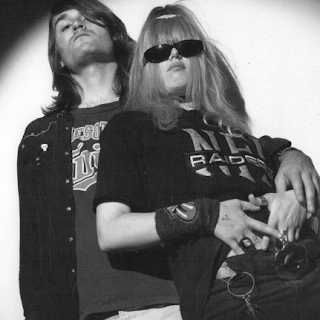 There's a good 2 hour special here on Royal Trux, who were the most consistently great rock group of the 90s. This is a career retrospective of the band and Jennifer Herrema is interviewed throughout by Ajay(?).

Herrema has now got her own dublab show named after an old Royal Trux tune The Banana Question. There are 2 episodes so far and it's an amateurishly ramshackle affair with 80s hip-hop, metal, disco, classic rock etc. all sort of shabbily dub mixed. Quite entertaining. I imagine pro DJs will hate it.

Take the 90s Avant-Rock challenge here with Twin Infinitives. Hey, it took me a couple of years to realise this was a mental scuzzy masterpiece.

They started to get a bit more accessible after Twin Infinitives. Driving In That Car was a few years later from the great 1993 Cats & Dogs LP.

Morphic Resident is reaching almost FM worthy commerciality but they're still them. I'm pretty sure the story goes that the band handed over these tapes to Greg Archilla and he just did what he wanted with the mix. The band liked it and 1997's Sweet Sixteen was the result, another classic.

Another gem from Sweet Sixteen.
Posted by Tim 'Space Debris' at 13:49 No comments: