Children Of The Sun


Heard this in a restaurant the other day and thought it was like 60s Scott Walker doing a lost Doors track. It took me a while to find what it was but here it is!

Don't forget this bewdy from the 80s.

Email ThisBlogThis!Share to TwitterShare to FacebookShare to Pinterest
Labels: 4AD, Children Of The Sun, Dead Can Dance, Melbourne, Scott Walker, Song Of Sophia, The Doors, The Host Of Seraphim


Played this the other day and couldn't believe how fresh it sounded 20, can you believe that?, years later.


The original is not bad either. The only Suede song I liked I think, well it's the only one I remember. Brett Anderson: Turd or Hero? It's a fine line innit?
Posted by Tim 'Space Debris' at 14:38 No comments: 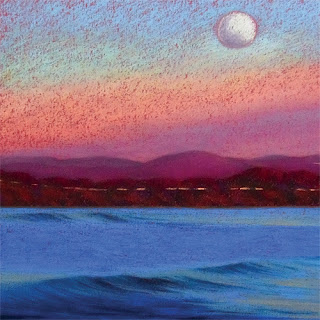 I was gonna write a review of Ooga Boogas by Ooga Boogas. But who cares about reviews anymore especially when they're writen about rock albums right? How passe!

Circle Of Trust starts off the LP in an uncharacteristically Wire-esque fashion but the drummer in Wire was never this fuckin good. This is the best Melbourne rhythm section since The Birthday Party and you know what they're probably better! Who cares right? rock is dead.

Archie & Me is next and well it's kinda close to my heart with lyrics like "We'll be pretty sore by the time we hit Red Cliffs. So we'll get Big Lizzie rollin again." Mentions of red sunsets and swaggys. Then there's "When we get downtime, When we get downsized, When we get out." Having lived just outside Red Cliffs as a child and planning a move back to the Sunraysia area I was shocked to hear those words. It was like did they just say what I think they said? Fuck yeah they know where its at. This song was speaking directly to me and urging me to use it as a manifesto or at least a theme tune for the big move from the big smoke, that doesn't want us, to the land of red sunsets where property prices aren't so offensive. I know this song is a fantasy and a pretty silly one at that but for me and the Mrs it's where we hang our hat, song or no song.

That drummer is fuckin cookin. This is real rock drumming like fuckin better than John Bonham. How does he get that sound like like he's a caveman bangin on the earth the most primordial beat ever. This beat is cavernous, it's gigantic. You gotta turn this right up and let your inner caveman/cavewoman out. And I've just realised they're called Ooga Boogas a very unPC nod to old ideas and visions native primitives. The funny thing is at the same time Ooga Boogas personify the urbane, the suburban, the hipster, the loser and the castrated.

FYI's next and this is some swingin noirish urban tale from the underworld with talk of coming back to the real world. Then Leon goes into this "fa fa fa for your information.." in a mock cockney tone and why wouldn't he? It's another nod to Wire but at the same time so Australian considering the cadence of the previous line.

Oogie Boogie is precisely what it purports to be. It's a fucking glam stomp with beats like axes to heads and filthy guitar licks that are loose and taut at the same time.

Mind Reader is a tale of male/female relationships and Stackpole is bringin the comedy in a voice occasionally reminiscent of Rob Forster of The GoBetweens. It's an urban, male & Australian voice and it concerns his condition. He's pissin off his woman obviously but he's not willing to see the clear as day reasons for this and snaps arguing back defensively "I can't read your fucking mind!" But this was a song about ice-creams right? That's what you thought!

It's a sign is a giddy love song about when everything's going good and you're happy and you're lovin it and you're proud you're not fucking up and your confidence is breakin through and it's about sex and your Mrs actually liking you and she's not puttin her knickers back on for a while and it's halcyon days and it's salad days and it's days of wine and fucking roses!

Sex In The Chill Zone is a creepy strut through what could be a dream or some kind of suburban spa party or just maybe being drug fucked and fucked at the same time. It's so damn hazy it's unclear.

Studio Of My Mind....and we're in Chrome territory or is it like a tribute to Whirlyworld or Primitive Calculators. I'm put in a very Melbourne soundworld but it could be San Francisco or Sheffield in 1979 or Iggy in Berlin. Then I'm thinkin this is definitely a nod to Ollie Olsen and a tune he did with NO, a forgotten late 80s Melbourne electronic rock band. They had a song about feeling "like a walking TV camera." Parallelling this tunes depersonalisation experience of being "locked in the studio of my mind." It's cold, scary and disturbing.

Ecstasy.... and then there's a country twang and your thinkin its The Captain by Kasey Chambers. Then you think that's fucked up having Chrome and Chambers conjured in your mind within the same minute on the same record and in this same sentence. The tune continues on with its strung out Sticky Fingers. It's a love song or a lament, probably for the drug and you're feeling the waste which is palpable in Stackpole's voice.

A Night To Remember....and it's a relief, it's good times. It's dancing into the void and spitting in the face of of it all with a laugh and a smile. The joy is put back into the meaninglessness and... it's a rock record!
Posted by Tim 'Space Debris' at 18:46 No comments:

I've just realised that some of you out there have not heard or even heard of perhaps the greatest, definitely one of the coolest, certainly one of the most absurdly thrilling records of all time. 'What you on about?' I hear you say. MX-80. Sometimes they were MX-80 Sound. They were art punk metal prog cyborgs from the underground (well Indiana actually). Genre discrepancies are absofuckinglutely meaningless (aren't they always?) once this record is playing. Then all you know is its greatness.


A question for the ages

There's more to life than being good
There will be stories in all the papers
You can go astray, do it your way

Everything is great baby

For those of you who just listened to Crowd Control for the first time I know what you are saying. "Wow, how has that LP not been part of my life until now?!!! It's the fucking greatest!! Thank you Space Debris." Now you can go tell all your friends, parents and pets that they should be into MX-80! Write into your favourite website to tell them you can't take them seriously because Crowd Control isn't in their top 10.
Posted by Tim 'Space Debris' at 03:44 1 comment:

Here's an excellent video from IX Tab. Looking forward to his new record.  An interesting link here!
Posted by Tim 'Space Debris' at 16:39 No comments: 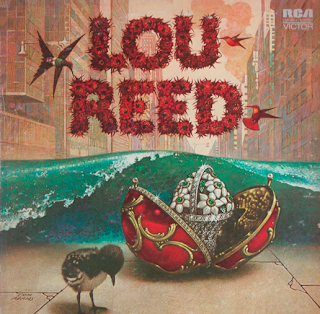 I've always been led to believe that Lou Reed's self-titled debut solo LP was a bunch of crap. Someone went so far as to say it was 'ineptly played.' So when this record finally got a spin in my presence I was pleasantly surprised. Lou's set free to become 70s Radio Reed. He does stormin versions of some old VU leftovers and some ace new tunes. This is another case of don't trust the rock-crit consensus. I think I like this album more than Reed's last Velvet Underground LP Loaded!

This year I was lucky enough to experience the opening of Rock N Roll Animal for the first time. Those familiar with the record know what I'm talking about. The album opens with this excellent powering guitar instrumental that eventually after 4 minutes effortlessly moves into a scintillating version of the riff to Sweet Jane. The crowd goes wild and so do I with chills goin up and down my spine. This is one of the greatest recorded rock moments. The rest of the record is just as exciting. Rock N Roll Animal is a metallic maelstrom of epic proportions. Reed even gets downright funky at the 5 and a half minute mark of a 10 minute version of the old Velvets tune Rock N Roll. This made me think that maybe it wasn't Orange Juice who were the first to funkify The Velvet Underground blueprint and that it was the main man himself who did so. The influence this record had can be heard right across the punk/post-punk milieu. 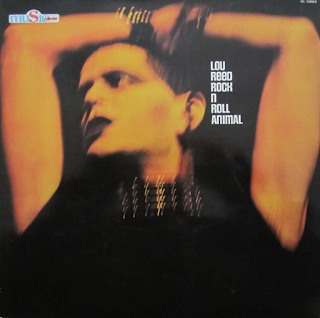 This is a promo for a new compilation LP on the new Goephonic sub label Geophonic Audio System Productions which is the label run by the dude from Moon Wiring Club. This fantastic video is a collage artwork in its own right.  Looks good. More here. 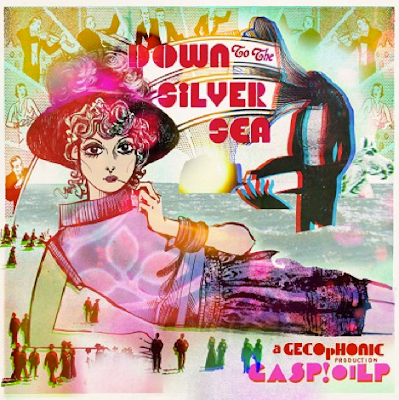 I was reading the credits on Daft Punk's Random Access Memories the other day and noticed one D.Braithwaite as a co-writer of the last track Contact. I thought cool these guys really know their cheez. I thought they may have hired Daryl Braithwaite to write with them but it turns out they just sampled his former group Sherbet. By the time Sherbet made this track We Ride Tonight in 1982 they'd changed their name to The Sherbs to break into the US market. I assume the lolly co. had something to say about their old name. Anyway I don't even recall this being a hit in Australia but it was a hit in America. Aussie Rules fans take note the drummer is wearing a Geelong Football Club guernsey, trendy!


I always liked the tune below from 1988 which was a big hit. As The Days Go By was a comeback single for the (then) now solo Daryl Braithwaite.


Here's the original Sherbet from 1976 with their massive Antipodean and British hit Howzat!


*This track was used to incredible effect in a scene from the NZ movie Rain (2001).
** Also I once saw Daryl Braithwaite down the beach.
Posted by Tim 'Space Debris' at 23:40 No comments: