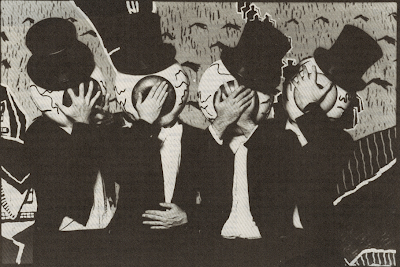 You Gotta check out this laser disc of The Residents over at UbuWeb. It's called 20 Twisted Questions 1972-1991. It's an hour of great Residents shenanigans. 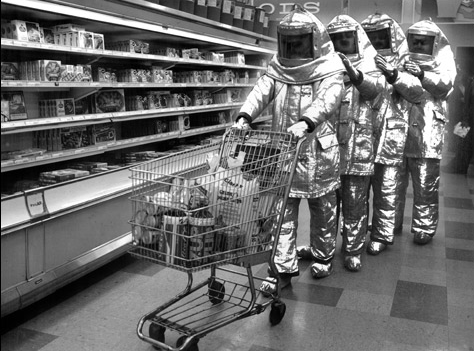 While still kinda waiting for 2013 to happen I'm going back through some old and some not so old music. 2013 isn't even throwing up many good archival releases. The only ones I've come across are Atomic Forrest's Obsession on Now Again (but the date on that says 2011) and a couple from Strut Records (I'm still waiting for their arrival in the post). Apart from those Cairo Liberation Front mixes (I've got 3 check Soundcloud for them) good mixtapes are also few and far between. The first six months of 2013 have got to be the thinnest musical times since oh I don't know 2004, 1944 or take your pick of history's lame musical years. It can't be as bad as it seems can it? 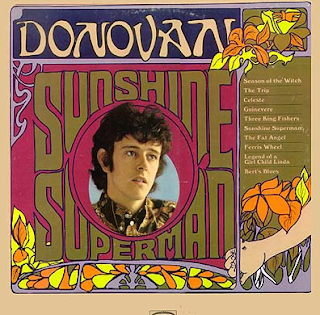 sunshine Superman(1966)/Mellow Yellow(1967) - Donovan
Totally diggin these 2 LPs (and on the lookout for those that followed). Why was he so maligned I wonder? Sure he wrote some naff lyrics but it's not like The Beatles, Incredible String Band or Nick Drake were immune to to this. Donovan was still being derided in the late 80s, I recall, in the pages of Melody Maker. He was psych's whipping boy in much the same way The Clash were punk's (I guess someone has to take the heat). This is some of the best 60s production this side of The Doors catalogue. Sunshine Superman's got funky psych-pop, sumptuous medieval vibes and meandering folk jams swathed in sitar. While Mellow Yellow's more of a stripped back folk pop vibe tinged with jazz and blues. 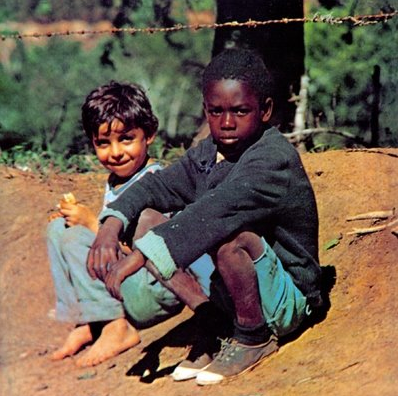 Clube De Esquina (1972) - Milton Nascimento & Lo Borges
It's a bit strange really that I've never investigated Tropicalia any further than The Mutantes. Sometime in the mid 90s Mutantes first 3 LPs were rereleased and I found them in Synathsesia Records (anyone remember that place?). Mutantes became one of my favourite 90s 60s discoveries along with New York's brilliant Silver Apples. The Mutantes brand of off the wall psych and Brazilian flavas is an intoxicating musical melange. I think the fact that other Tropicalistas Gilberto Gil, Caetano Veloso et al were all pretty much singer-songwriters put me off a little as I didn't speak Portuguese. They also weren't half as mental as the Mutantes. Anyway a rethink has been under way for some time now and this is my latest discovery. I'd seen this record cover a million times before in record shops but didn't realise until now that it was a hidden gem hiding in plain sight (thank you interweb). Clube De Esquina is without doubt some of the most beautiful music ever recorded. Bossa nova, samba & South American folk are mixed with rock, orchestral arrangements, heavenly harmonies and drenched in reverb. It's all created by a group of musicians who all lived together in a house for six months, Trout Mask Replica stylee, at the beach before recording this classic. 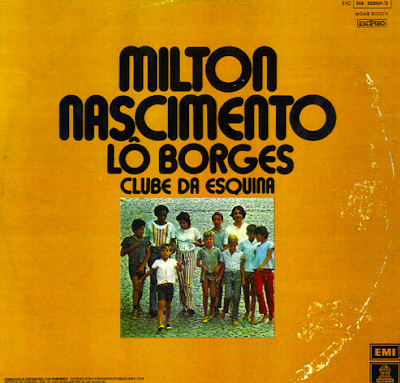 Stuff On The Interweb

There's been heaps of good stuff over at blog to the oldskool including this mini mix from junglistz Foul Play and this 20 minute documentary on Gabber. This is quite bizarre and a little bit scary. It's a portal into a very specific time and place. Check out some of the most mental dancing from the 90s! It's funny now how tame and normal a lot of gabba now sounds. I'm in the 90s now. 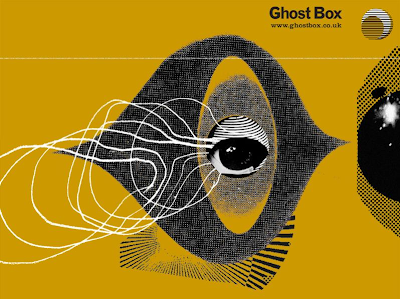 Here's an excellent interview with Julian House the dude from the GhostBox label and man behind The Focus Group over at The Quietus. Here's an old bit on Julian from 2006 at K-Punk. Over at bandcamp there is a 19 minute track from The Children Of Alice, a trio made up of House and 2 members of Broadcast, called The Harbinger Of Spring which is well worth your 3 quid! 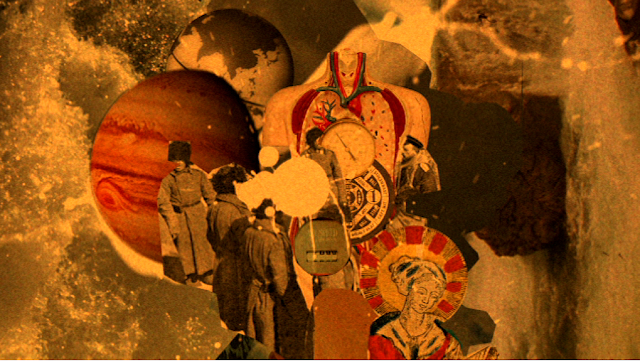 I only just discovered this Moon Wiring Club Mix Midnight In Europe over at NightVision here which is a bit different than MWCs usual mixes. This mix is of 90s ambient post rave electronica and includes Woob, Baby Ford, LFO, Biosphere, Luke Slater and many more. I'm in the 90s now in a chill-out room. Do they still have those? 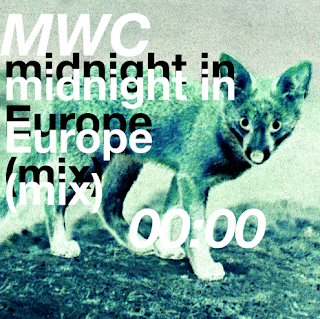 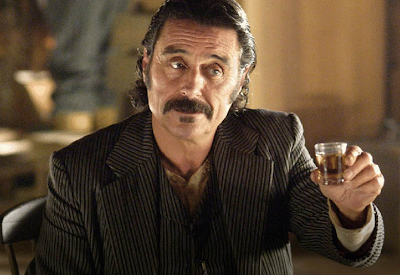 Whilst convalescing after another operation my mind has been relatively inactive er... thanks painkillerz!  I did however manage to watch some stuff in a very passive/pleaz distract me kind of way. I started watching the drama Hell On Wheels which I was hoping would be half as good as Deadwood. The period detail in the sets and costumes is incredible so it was a bit of a shame that they couldn't pay the same attention to the script. I finally had to stop watching it as they were using modern terms and language that were just too jarring. With Deadwood as the benchmark for any kind of ye olde American type of show there is a lot to live up to and Hell On Wheels just didn't cut it.

I watched The Art Of Punk-Black Flag-Art & Music which is a mini 22 minute documentary on Raymond Pettibon the logo and artwork illustrator for Black Flag the LA punk band.  It turns out his simple yet effective Black Flag logo is now the most popular tattoo design in America. Pettibon is a character and his hatred towards certain members of the band definitely endears him to viewers who may think Black Flag's music is a little naff ie. me for the most part. This is a totally recommended untold story of popular culture. There are apparently two more to come in this series, one on The Dead Kennedy's and the other on Crass. I look forward to those.

Leader Of The Pack-The Shangri-Las


I read somewhere that Billy Joel played piano on The Shangri-Las Leader Of The Pack. A fabulous trivia fact that sounds too good to be true. Check out this video that turns out to be quite comical as The Leader Of The Pack turns up on his motor bike to be sung to by Mary Weiss.


Is this the best girl group song ever?

At A Nice Price! 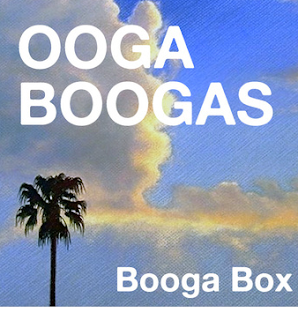 If like me you've been unable to track down Ooga Boogas self-titled LP from earlier this year no need to fear here it is in digital format at bandcamp. Along with the aforementioned LP you also get their first record Romance & Adventure from 2008 plus the As & Bs of their 2 7's all for the low price of $5. Do yourself a favour. The Ooga Boogas LP introduces keyboards and some very funky (I guess they always had a good sense of rhythm) elements to their sound. You gotta love an album that mentions Big Lizzie. Not only that they have dreams of getting Big Lizzie rolling again on the tune Archie & Me. 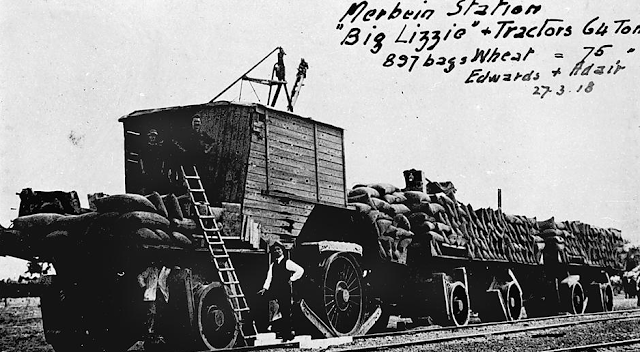 Who needs words? Well one will do: Sublime.
Posted by Tim 'Space Debris' at 23:27 No comments:

How Did I End Up Here?

Wow how good is this track? It's just like something from Aphex Twin's Selected Ambient Works Volume 2. It was recorded before that release had seen light of day though so maybe Burzum and Aphex have similar influences. I'm really hip, you know, like this is only 20 years old. Burzum up till now have just been a vague name associated with the notorious Norwegian Black Metal scene. There was a book about it called Lords Of Chaos, which I've not got round to reading yet. Some of this scene's major players (er... Burzum's Varg Vikerness especially) were noteworthy for their involvement in church arson, racism and murder. I never thought there'd be any good music from it let alone the astonishingly transcendental electronic ambience of the above track. I was reading that FACT 100 albums of the 80s list the other day and I noticed that Conrad Schnitzler had collaborated on a tune with Mayhem Sylvester Anfang which is the opening track of their 1987 EP Deathcrush. Then I realised Euronymous the guitarist of Mayhem was the murder victim of the man behind the moniker Burzum.  This led me to finally checking out Burzum's records specifically the pre-life sentence works. These 5 releases Burzum, Aske, Det Som Engang Var, Hvis Lyset Tar Oss & Filosofem have been on heavy rotation around these parts for a week now. Varg Vikernes AKA Burzum recorded these albums in a creative purple patch from Jan 92-Mar 93 but some weren't released until he was serving his 21 years in prison. I'm sure a lot of people are into Burzum for all the wrong reasons which is a bit of a shame really because his music is incredible, some of it's not even metal (as you can probably tell from the above tune). A lot of it is metal which is incredibly inventive, atmospheric, lo-fi and absurd. I don't know much more about Varg's personal life and I'm not sure I'll investigate any further. For me it's all about the music and apparently he recorded 2 fully electronic LPs in a dark ambient stylee whilst in prison which I'm gonna have to check out.