Always loved the bass in this. I can't get enough of this type of bass. It seems particularly British, I've got loads of Jamaican reggae and dub records from from the 70s but the bass lines aren't quite like this are they?


This bass style is so versatile. Here it's in more of a soulful context. Geez...nice.

The bass here, played by Harvey Williams (From many a Sarah Records group), is similar and soo good. I guess there are hints of The Specials and Jah Wobble here which makes me think this particular dubby bass style comes from a post-punk heritage. Feel free to let me know if you know from whence it came.

Another version where the bass is a bit more....I dunno...pointy or something. Still very bloody nice.

Heavenly bass. Heavenly tuuune....oh.... no pun intended. Wasn't everything on Foxbase Alpha sampled though? I could post most of that LP here but I'll spare you, just go and listen to it.

Similar bass style to the above to tunes but in more of a hardcore rave context. Me like.

The bass is great in this I just wish it would come even further forward.

More from the Suburban Bas(s)e label. Wicked bass on this in that classic style, I've been talking about.
Posted by Tim 'Space Debris' at 14:45 No comments:

That Safe From Harm bass is sampled from a Billy Cobham tune Stratus. It's only part Cobham's track where it comes in at the 3.05 mark but Massive Attack make it their whole tune here. It's like a warm blanket which befits the title of the song nicely!

I don't mean to be so obvious but how could you go past this and didn't it get sampled a couple of times. Bass Most Awesome!

The Buggles
Video Killed The Radio Star
Probably not an obvious choice but I used to love the bass in this.

I couldn't sign off without the greatest funk bassist of them all. It starts off slow then his bass starts bubbling up unexpectedly then eventually goes intergalactic by the end of this epic. Timeless bass gold.

Simon Reynolds is doin a bit on bass bits so I thought I'd put in my Tuppence worth. Well I wrote these a couple of years back anyway.....Immediately what sprang to mind was Tracy Pew of The Boys Next Door/The Birthday Party. There's a reason why he's on the cover of that HITS compilation because he was the heart and soul of the band. He drove them and without him on bass they would have been nowhere and nowhere near as fucking great!


The first one I love is The Friend Catcher particularly when the guitar/clarinet/sax(?) end up following his bassline every now and then. I could post entire LPs but I'll spare you. Mr Clarinet and Happy Birthday are much tighter and clipped but no less effective. A Catholic Skin is so good for the most part it is just one bass note propelling the song forward. Hats On Wrong is a much looser Pew and an indication of what was to come, geez he was good.


Then there's The Red Clock where Rowland S Howard does the old Ozzy Osbourne trick of following his vocal melody with whatever Toni Iommi guitar is playing (or was it the other way around?), except with Rowland's vocals it's to Pew's bass.

King Ink is possibly Tracey Pew's finest moment of bass glory. It's just so fucking grimey, muck is pouring from his fingertips. Human Skin and electricity fusing for a pure expression of filth. How does he keep playing that bassline amongst the rest of the shitstorm that is going down in this song.


Zoo Music Girl's bassline is just dirty funky fun for all the family. I could go on. Tracey Pew's bass on Nick The Stripper and Figure of fun are killer.

Lastly there's Yard off Prayers On Fire. This is fucking incredible. Pew plays the bluesiest and most lonesome bass I've ever heard in my life. I think it's the only time he ever played double bass on a Birthday Party record.

Bass Bits Replay - Walk On The Wild Side

Lou Reed
Walk On The Wild Side
Well how could you go past this iconic bassline with a little bit extra thrown in on the jam. Lou's group are fuckn cookin' right here (not Velvets as stated). That's Robert Quine on guitar dunno the other two but they're also awesome. Live in 82, rude form!

A Tribe Called Quest
Can I kick It
Then it was sampled here to great affect! Tribe kickin it to Lou in the goal square!

The Original LP version. Gotta give Herbie Flowers his due. He played two basslines on it, one double bass the other electric so he could get paid twice or so the legend goes. This has been an FM staple since it came out and with good reason. It's probably where I first heard about givin head. Double the bass pleasure!

We Apologise for This Interruption In Transmission 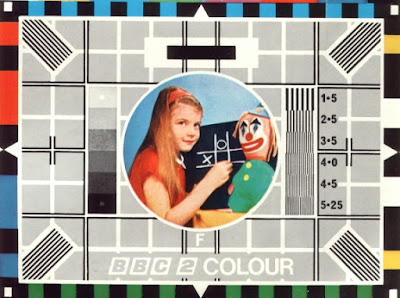