What can I say? You either know what this man means to music or you don't care. One word from me will do: Legend.


Jesus Christ, I forgot how good this tune is!
Posted by Tim 'Space Debris' at 20:58 No comments:

Love this tune. One of her best ever no doubt.


Loving this too. I've never paid much attention to this dude until I saw this video today. It's kinda like 70s Rod Stewart meets Prince (er.....that's meant to be a compliment). It's pretty pretty good.

Other observations after watching the top 50 on channel V today.

*Why do people insist on using ye olde microphones in their film clips? Its like they have to give us a visual representation of the fact that they are influenced by ye olde music. They've been doin this in music videos since at least the 80s. Anyway there was a slew of ye olde microphones in the top 50, I'm lookin at you James Arthur.  Which is funny coz all the songs in the top 50 pretty much sound the same. If one of these (see below) turns up in a video you know the song's gonna be shite. MK20 have 2 antique microphones doubling the shiteness of their song. Then there's 2 more in the Capital Cities video. James Arthur went for a triple shite threat!  Retromania gone wild. 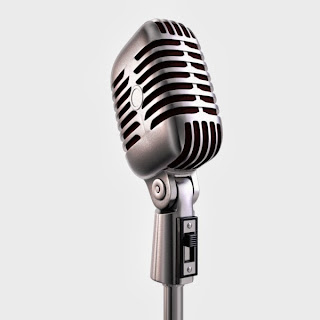 *Bruno Mars also has a vintage microphone in his video but its kinda cool (late 60s/early70s, not like the above) so he gets away with it.

*Ham's The Wire has got to be the worst thing I've seen/heard in a long long time. I can't even begin to describe that attempt at a song.

*Britney's new track has got a riff like a UK 'ardore tune from 92!

*I was shocked by all the Mumford wannabes.

*The dude from One Republic looks like Australian cricketer Michael Clarke a lot, it's weird.

*All you fogeys complaining about sex in videos need to redirect your outrage toward the Arcade Fire. Words like vile should be saved for discussions on the artistic merits of such a pop group.

*Who buys all these Jason Derulo tunes? He had like 3 in the top 50 but I can't remember how any of them go.

*Has GaGa run out of steam?

*Do they make pants for ladies in the 21st century?


Loving this track. The opening 1 minute 15 seconds is Burial ten years early. The weird thing is I was listening to Burial's Untrue on my phone while I was surfing the net (that's a quaint term now innit?) and the album finished. 7 or 8 minutes later this tune came on. I thought 'er..this must be a secret track that I've never noticed before.' But I went to now playing and it said nothing was playing. I thought 'Gee that Burial is freakin me out with his ghost trax that aren't even playing.' Anyway by the time the drum and bass breaks arrive I realise something's up. So I scroll through what I was looking at on the interweb and it turns out I'd accidentally hit play to start this mix over at blog to the oldskool.  Coincidence or not?
Posted by Tim 'Space Debris' at 13:01 No comments: 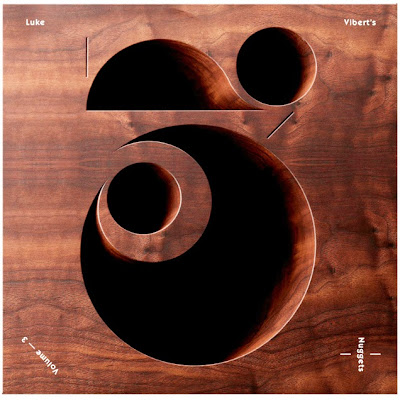 Just discovered this on i-tunes today and couldn't wait for the vinyl so I downloaded it. This is Luke Vibert's 3rd volume of selections taken from various library music archives. Volume 3 is material taken exclusively from the Bruton Library vaults I believe. Volume I had tunes from Chappell, Southern, IM and PIL music libraries and was where i discovered such luminaries as Roger Roger and Nino Nardini. Further Nuggets was the second volume in this series and was my introduction to the likes of Eric Peters, Bernard Fevre and Roger Davey. Since the release of those two compilations over 10 years ago now, we are all a lot more informed about music libraries thanks to the many blogs that popped up specialising in this music. Many library classics and not so classics (there's a lot more of those) have been shared and heard thanks to the likes of Funky Frolic, Dusty Shelf, Val Verde Music, Retro-Teque, Library Music Rarities et al. Many of these blogs though have now closed down. Anyway thanks to those legendary bloggers I am well aware of the Bruton catalogue. Having said that many of the tunes on Nuggets 3 I've not heard.  Down-tempo crime funk, space age disco and car chase themes are the order of the day here. However there are some anomalies. Scratch City is as the title hints a scratching hip hop jam!? Adrian Baker & Ray Morgan give us the Beach Boy-esque In Close Harmony while Bill Campbell & Aaron Harry throw up (apt word for it) Galaxy a Reggae tune! Alan Hawkshaw and Brian Bennett both make several excellent contributions ensuring that this collection's status goes beyond mere novelty. The discovery for me though is Francis Monkman (I assume he's the prog guy of Curved Air/Sky fame) whose synthetic noir funk jams sound like they could be coming out of today's underground. Now where are all those library music files.....
Posted by Tim 'Space Debris' at 23:58 No comments: 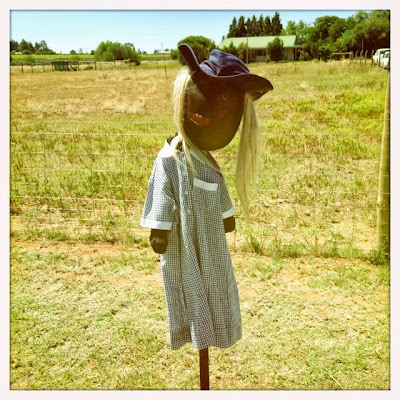 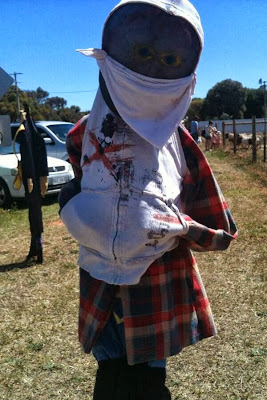 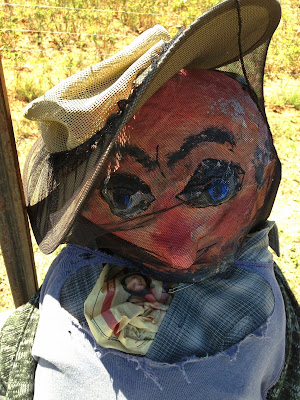 Those three are actually quite scary but this next one is just awesome.

Has Oneohtrix Point Never become some kind of born again fundamentalist using propaganda videos to get his point across?


Either that or he's havin a laugh at the expense of others. Roll up roll up ...A modern day freak show for you all to see. No exploitation here folks just good clean healthy fun.

*Uh Huh, here's an essay on this video right here. This is what xxxxxxox says in the comments at Rouge's Foam about the essay

"Its clear that the only point of this smug little uni grad zero books clique is self aggrandizing. You all police culture like your petty little incoherent screeds are remotely interesting to anyone."

I thought that was hilarious and pretty on the ball. Couldn't help but think though 'did xxxxxxox's manuscript get knocked back by Zero Books?' Also couldn't help thinking he was being a culture copper himself.

Back to that video, just look at reality tv though and you'll see how much people love exploitation. People want to be exploited, exploit and watch others exploit and be exploited. Nothing much has changed since the days of freak shows has it? We still love to see the freaky shit don't we? Shows like Embarrassing Bodies and that one about the guy with the massive balls* are popular for a reason. X-Factor, Idol et al have a fair bit of laughing at the unfortunate and the mentally ill. There's big bucks in this shit.

*Was AC/DC's Big Balls the theme tune for that?
Posted by Tim 'Space Debris' at 22:19 No comments:


This is where my head's at right now. I can't get enough of this shit. Choice darkside tune from back in the day (1993) but new to me this week.
Posted by Tim 'Space Debris' at 21:57 No comments:

One of the weirdest things is happening on my telly(ABC2) right now as I write. It's some kind of tribute concert to Nick Cave by indie and ...ugh!.. roots artists from like over a year ago. Its like the kids get to dress up and play Nick Cave for a night. It's truly horrible. Some of these artists should know better ie. Kram from Spiderbait who's holding down the drum spot and a bit of singing. I can't see the point at all. Nick Cave usually tours Australia once a year so you get to see him do his stuff regularly. The thing is none of these people are makin it their own, you know like what a worthwhile cover version is all about. Funnily enough Nick Cave is very good at doing this as heard on his excellent LP of covers from 1986 Kicking Against The Pricks. Some jock just did a Chuck Berry style version of Deanna. I guess Lisa Mitchell the former Australian Idol contestant turned The Ship Song into a Lisa Mitchell song, make of that what you will. Also guess what kids? Nick Cave's not dead! Hang on Paul Kelly's shown up and whatever he sings can only ever be a Paul Kelly song. He's turned Nobodies Baby Now into a song you would believe he wrote. Not only that it sounds like one of his best songs ever and it coulda been on his classic LP Comedy. Now that's how you do a cover! Is the singer from Magic Dirt tone deaf? She's turned Straight To You into something truly horrid. Very bad indeed. I want to go home now. Oh but I am at home. Hang on, you thought it couldn't get any worse but now some dude's doing a reggae version of The Weeping Song. Wow! This is comedy gold! You know what else is strange? There's bloody thousands of people at this concert. What are they doing? There's way better things to spend your time and money on. For instance chocolate, drugs, helping the needy or I don't know watching DVDs of Melrose Place. Wait more comedy! Some Aussie hip hop guy has taken the stage and is doing Stagger Lee, not really a Nick Cave song but whatever. They've turned into some lame rock opera of truly cheap proportions. Hey that's entertaining but that doesn't mean it's good. Now some bird in terrible red pants, no hang on, the worst pants ever worn is covering The Mercy Seat. This is so awful it's almost good. Abbie May plays guitar on Jack The Ripper and there is no doubting her talents on the axe. She's fucking incredible. Blixa wouldn't hate what she's up to. Then the footy player in the C & W shirt is back singing Get Ready For Love making me feel sick. Now Blixa would hate this as would Nick I reckon and as do I. Some time in the mid 90s I was drunk in the front bar of The Punters Club and Up Jumped The Devil came over the stereo. I proceeded to do a legendary performance and so memorable it was that many weeks later someone in attendance presented me with a Bad Seeds T-shirt (which I still have to this day). What I'm sayin is you shoulda been there for that and not at this absurd display.

The House In The Woods-Bucolica 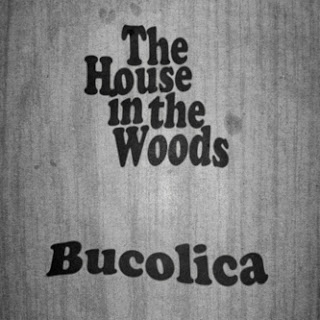 Whilst still in the 90s & 00s I have visited now a couple of times I must admit. Didn't really know what to expect with this record. It's the dude from Pye Corner Audio doing some stuff that's pretty different from the music he does under that moniker. We're still in darkly atmospheric territory but this time its more of an organic blur. Only one track has anything resembling a beat. This album is more in line with mid 90s isolationism than haunted slasher soundtracks. Bucolic is a funny word isn't it. I always have to stop and think 'bucolic no its not some hideous disease or poison. Its about idyllic country life.' So it's a word that sounds like it should have the opposite meaning than the one it has. A bit like this record really. This is the sound of wind and rain amongst the trees and mysterious lights off in the distance. I can smell the air and feel the temperature. But I can also feel the melancholy.  There's bliss too particularly on Sunlight On Rusting Hulk, which reaches MBV-like blissed out proportions. Then sinister vibes arrive, but are they though? Or is your mind playing tricks on you for a moment.  Are we just projecting fear onto a lull or stillness. This is a fascinating record. Rural psychedelia lives.
Posted by Tim 'Space Debris' at 23:56 No comments: