Most exciting news all year! 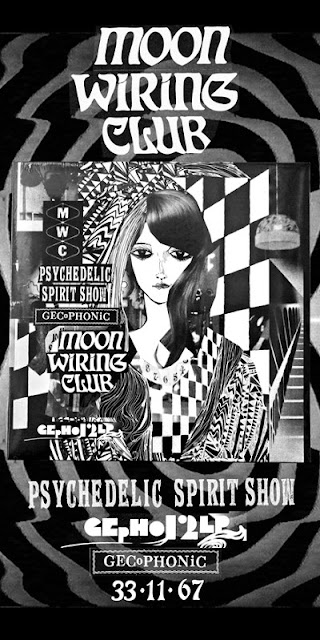 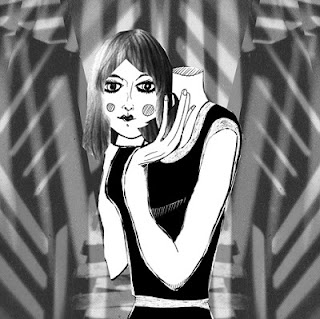 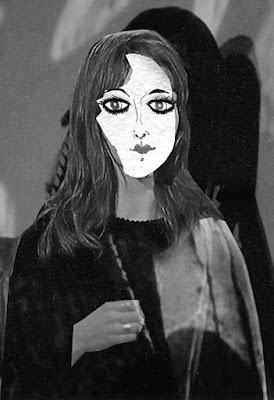 
Hey, It's been ages since I posted about new music but here's something recent-ish. Well actually it sounds like Young Thug doin his thang over a Basic Channel/Chain Reaction track, doncha think? Sometimes I really want an instrumental or dub LP of many modern hip-hop records like Thugger, Future, Vince Staples, Lil B, Travis Scott et al. Scoliosis is not the first time that hints of 90s German dub-tech have appeared in rap though. The below track from 5 years ago had me thinking along similar lines and there have probably been a bunch more. Any suggestions out there?

This tune still astounds me. It also astounds me Boosie isn't as big as Kanye as previously mentioned (yawn).

Last year there was this terrific DJ Python album, not hip-hop but some kind of synthy-new-age-drift/deep-dub-tech-house hybrid thing that was probably a genre named something else entirely. Hey I was in the 90s so you can't fool me. Anyway there are several moments that recall or are probably homages to the great sounds from Basic Channel/Chain Reaction/Rhythm & Sound and their milieu. Amongst the cosmic tropical bliss Dulce Compañia also contains hints of 90s-esque ambient house/tech and even some shimmering post-rock of the Seefeel variety while still feeling contemporary. It's hard not to be seduced by such a lovely record.
Posted by Tim 'Space Debris' at 14:26 No comments:

Email ThisBlogThis!Share to TwitterShare to FacebookShare to Pinterest
Labels: Shimmering 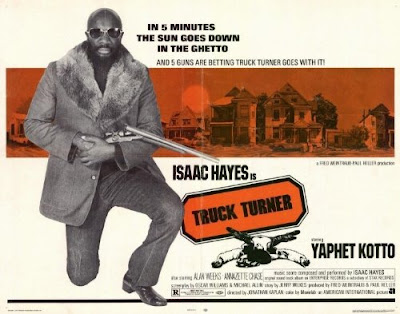 Truck Turner (1974)
The threads in this blaxploitation flick are outstanding. Isaac Hayes is Truck Turner the double denim clad booze hound bounty hunter. The hunters however become the hunted. Look out for weird car chase including bagels, a foot-chase through a sewage works, the pimp and prostitute pool party & funeral, spectacular shoot out in a hospital and the brilliant symphonic funk soundtrack. Not forgetting the cars on the 70s streets of LA. Originally released as part of a double bill with Foxy Brown, now that's what I call a double feature!

Beyond The Black Rainbow (2010)
Third viewing of the first feature from director of 2018's Mandy Panos Cosmatos. I can't say it has grown on me at all. It's just too fucking slow and oh so stylised man. Elena (Eva Allan) is drugged and trapped in some kind of New Age clinic/psych ward The Arboria Institute by psycho druggy Dr Barry Nyle (Michael Rogers). What will happen? Well not much but there is a pretty cool telekinetic murder. Beyond The Black Rainbow is where trash and high art aesthetics collide but it's just not satisfying like similarly styled films ie. early Cronenberg movies. Fabulous soundtrack however from Sinoia Caves. One of my top 5 soundtracks of the 10s. 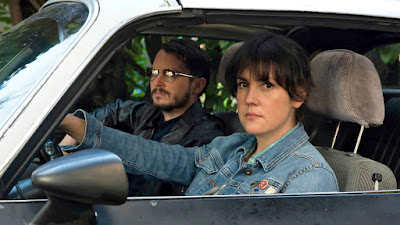 I Don't Feel At Home In This World Anymore (2017)
Wow this was an unexpected little bewdy, it made my week. Netflix just dump stuff on their site and you have no idea what it is. This had been sitting in my watch later list for over a year. I thought I'd probably never watch it, mainly because of the title. I was expecting it to be some kind of emo snowflake indie shit until I read the blurb. The lead role of Ruth is played by the stalker girl from Two Men and A Half Melanie Lynskey. Anyway Ruth, who is suffering from depression, gets robbed after already having a bad day at work. She teams up with neighbour Tony (Elijah Wood) to try and find her stuff, then things go berserk and spiral out of control from there. I Don't Feel... is an unpredictable and thoroughly entertaining black comedy revenge film. Hey, it's got the frontman of noise-rock legends Scratch Acid* and Jesus Lizard David Fucking Yow as shit criminal Marshall and he's really good. In a word surprising. 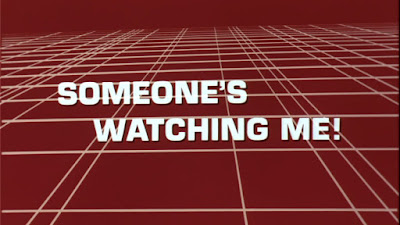 Someone's Watching Me (1978)
Pretty good little made for telly thriller. John Carpenter made two movies in 1978 this is the other less famous one. Good performances from Lauren Hutton and Adrienne Barbeau. A stalker is making creepy phone calls to Leigh (Hutton) but nobody's taking her seriously so she takes matters into her own hands in this Hitchcock homage. Terrific ending, which is something you rarely get to say. 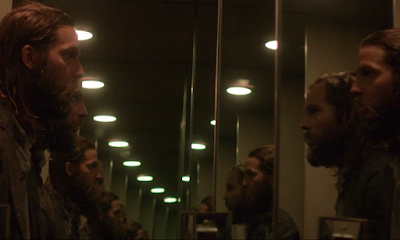 The Invitation (2015)
Will (Logan Marshall-Green) is invited to a dinner party by his ex-wife Eden (Tammy Blanchard). Things start looking dodgy as the hosts become more creepy and may have some kind of agenda for the evening apart from the usual eating and drinking. An uneasy suspenseful vibe is created right from the start. One of the most well executed horror/thrillers I've ever seen this Millennium. 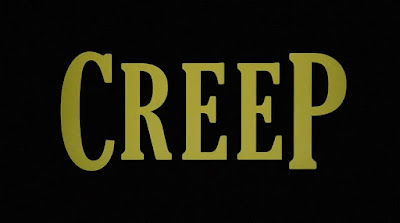 Creep (2014)
Top notch found footage horror flick. I was not expecting much from this but it turned out be fine entertainment which was funny and ultimately very fucking disturbing. Aaron (Patrick Brice) a freelance video cameraman gets a job with a weird dude named Josef (Mark Duplass). Should he continue with the project or run for his life? A very clever premise and script with good actoring. I recommend. 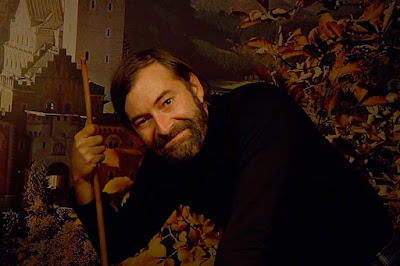 Creep 2 (2017)
Not as good as the first one but still pretty good. Another good concept and script. The acting is good once again. If you enjoyed the first one do yourself a favour.

50 Best Horror Movies You've Never Seen (2014)
This is one of those countdown shows like the TV show here in Australia which had a heap of crap celebrity Z-listers counting down all sorts of obvious shit like the best music videos of the 80s, the 20 most controversial moments in sport etc., maybe it was called 20 to 1. Anyway this American one counts down 50 horror movies you've supposedly never seen. I thought right here's a challenge I bet I've seen a shitload of these. But, haha, they got me in my achilles heel with a lot of movies made post-2000. I think I'd seen everything listed from the 20th century and only a few from the new Millennium. It's narrated by legendary scream queen PJ Soles. You get to see some talking heads that you may not have ever seen like film-makers, writers, podcasters & Blu-Ray label people such as Philippe Mora, Jeff Nelson, Kim Morgan, Rob Galluzzo etc.

Wrong Turn (2003)
This is one from The 50 Best Horror Movies You've Never Seen which I'd never seen. Not a bad little backwoods slasher. Young and beautiful city slickers get in the way of inbred hillbillies somewhere in West Virginia. There's a body count and a couple of good, if generic, kills toward the end. Wrong Turn stars Eliza Dushku and the dude who played Brenda's mental patient brother in Six Feet Under. 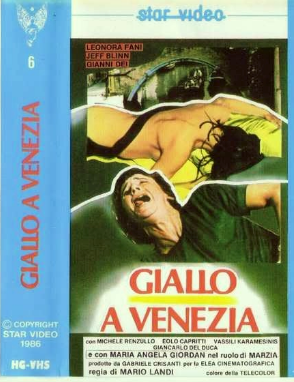 Giallo E Venezia (1979)
Nuts giallo meets exploitation hybrid set in the seedy side of Venice. Much wrongful sexy time and creepy rapeyness with plenty of 70s bush and even quite a bit of male nudity. The awkward wrongness of these sex scenes is captured to create maximum unease. You know what I found the most disturbing about this film though? The detective always had a boiled egg. At one stage he was banging it on his colleagues smoking pipe. Weird. There weren't many Gialli set in Venice, I can only come up with The bloodstained Shadow. If you're looking for Giallo of the most sleazoid kind go no further, here it is. Thanks to Samm Deighan and Baron Martino for alerting me to this little known flick. 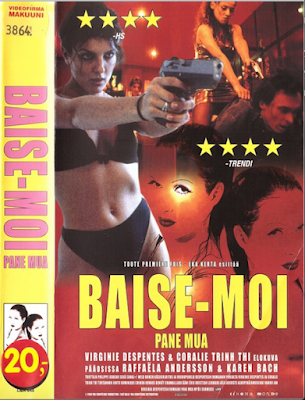 Baise-Moi (2000)
I have a vague recollection of this getting banned in Melbourne and taken off cinema screens before I got a chance to see it. So I was quite surprised and thrilled to find it was streaming on Stan. I'm assuming this was some kind of censored censored version. The utter nihilism of this movie is pretty fucking intoxicating. Two girls get raped then fuck and take out vengeance on everything in their path. Extraordinary romp of extreme sex and violence. 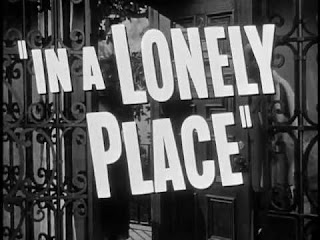 In A Lonely Place (1950)
I felt like starting a noir-fest after reading some stuff on the BFI website. Noir films tend to all blend together for me as I haven't watched them for a long time. Great cynical tone, script, acting, direction, plot etc. A screenwriting thug (Humphrey Bogart) is suspected of murder then falls in love with his actress neighbour (Gloria Grahame). It's all about the drinkin' and the smokin'. This Nicholas Ray fella wasn't a bad director was he? 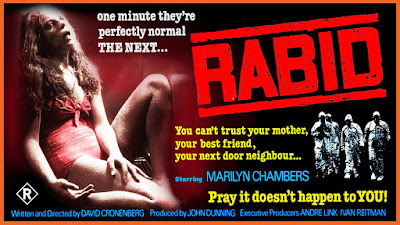 Rabid (1977)
This is probably my least watched of the classic David Cronenberg movies because it's so fucking gross. I can't look at the screen half the time. The living anus with the spiky penis thing in the armpit of main star Marilyn Chambers is just disgusting. Medical experimentation once again causes chaos (see Shivers 1975) this time across Montreal and martial law is imposed. Canada did some dodgy shit back in the day with regard to medical trials, government control etc. This is a comment on that but it's still an entertainingly queasy horror flick.