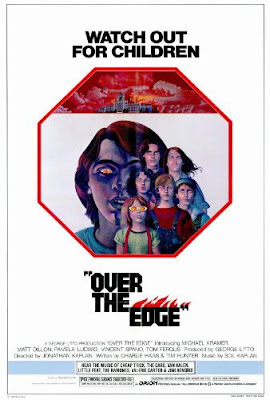 Over The Edge (1979?)
Before Harmonie Korine and Larry Clark put real kids in movies there was Over The Edge, one of the cultiest of the cult films. Bad town planning leads to a bunch of bored kids running amok in a new housing estate with dire consequences. This is the third or fourth time I've seen the movie and it keeps gaining in my estimation, in fact it's quite an astonishing film. The teen actors are fucking amazing. There's some choice tunes on the soundtrack from Cheap Trick, The Cars, The Ramones etc. Why isn't this in those (hilarious) top 100 canonical film lists?* One of the greatest films of the 70s.

Notting Hill (1999)
OMFG! Two of the worst hours of my life. I would rather have listened to Celine Dion's entire discography than watch this tripe. Emma hated it way more than I did. 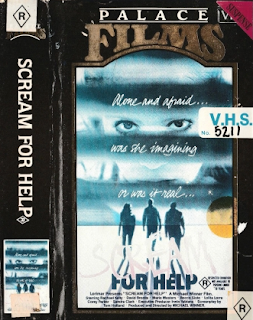 Scream For Help (1984)
Totally weird movie. It's a bit like a made for TV Disney film gone demented. A seventeen year old girl tells us she suspects her stepdad is out out to kill her mother then the movie unfurls from there. Scream For Help is an absurdly melodramatic horror film that's strangely compelling, at least for its duration anyway. Michael Winner of Death Wish fame directs. 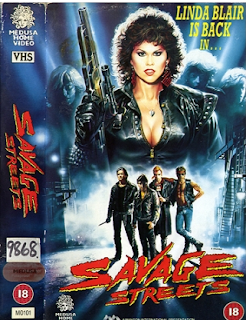 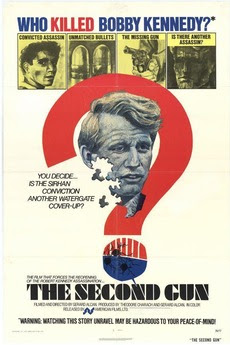 The Second Gun (1973)
Golden Globe nominated documentary on the RFK assassination. Why isn't the world obsessed with this case? The evidence against Sirhan Sirhan just does not add up. 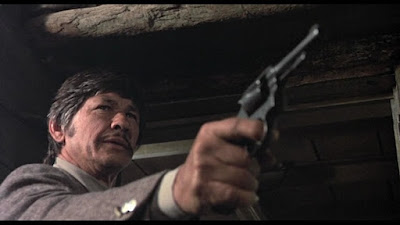 The Stone Killer (1973)
This has everything I like about 70s movies: Bad cops, cesspool NYC, seedy LA, cars chasing motorbikes, hippies in the desert, trumpet playing bisexual drug dealers, Vietnam vets, people opening fridges upon dying, the mafia, dangerous stunts and a brilliant Roy Budd soundtrack. So why was it so unsatisfying? It's like they chucked in all the cool 70s ingredients plus the kitchen sink but forgot to add a good story or anything to mesh it together. Worth watching at least once though if you're a 70s crime film buff or Charles Bronson fan. 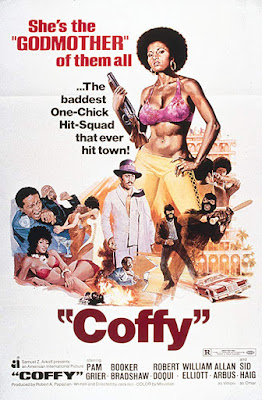 Coffy (1973)
Now this what the 70s is all about. The revenge, the clothes, the Pam Grier, the cars, the interior design, the cinematography, the script, the acting and the pacing. It's all perfect. There's a reason Coffy is a bone fide cult classic. Still number one blaxploitation flick, for me, with Superfly coming in second closely followed by Truck Turner. 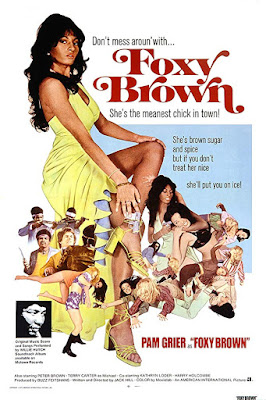 Foxy Brown (1974)
This really could have been a sequel to Coffy. It's another 70s revenge film starring Pammy and directed by Jack Hill (see above). Foxy Brown is slightly more grim though as Pam goes through some major abuse before gaining vengeance this time. Quality Blaxploitation. Just a quality movie actually. Not for the faint of heart. 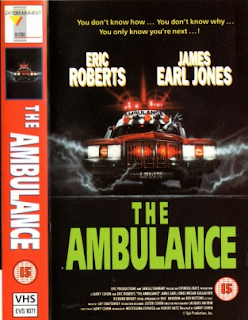 The Ambulance (1990)
I'd never seen Larry Cohen's 1990 quirky thriller The Ambulance. Remember when films didn't have to blow your mind or change your life? All you needed was a good little story and some good cinematic shit to entertain you for 90 minutes? A mysterious vintage ambulance is picking up sick people off the streets of NYC who then disappear. Look out for Victor Newman from Young and The Restless as very creepy doctor. Good fun stuff.

Drive-In Massacre (197?)
I came across this on the youtubes one night when I couldn't sleep. I don't even think I'd ever heard of it. It starts out great with the gory murders of a frisky couple in their car at the Drive-In but then oh boy..... 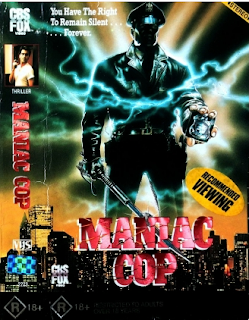 Maniac Cop (1988)
Never bothered to watch this before but after hearing director Bill Lustig on the fabulous Supporting Characters Podcast I thought I'd give it a go. Maniac Cop's written by the aforementioned Larry Cohen. Very entertaining movie about an indestructible ex-cop turned serial killer in NYC toward the end of the cesspool era. Top score from Jay Chattaway too. 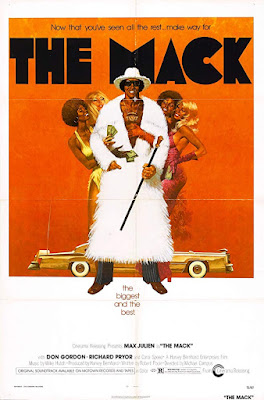 The Mack (1973)
Still on my blaxploitation kick. Here's another top 10 Space Debris entry, probably number three or four. The version with the Willie Hutch score of course, which is one of the great funky soundtracks. The Mack is dark yet sometimes goofy as it dips in and out of different tones on a whim. Goldie (Max Julien) gets out of jail and sets his sights on becoming the number one player 'the king of the pimps' in Oakland CA but there are many people in his way including his conscientious 'right on' brother, his old boss plus a couple of knucklehead cops. A lot of it feels real because it must be improvised. Worth watching for the fashions alone...oh and not forgetting another choice Richard Prior performance and the cars and... 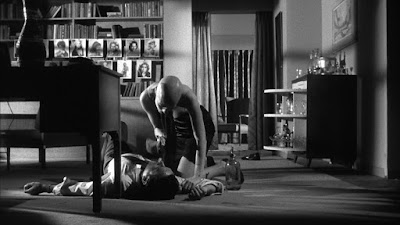 The Naked Kiss (1964)
Haven't watched Samuel Fuller films since the 90s at the Melbourne Cinematheque. This crime drama takes on taboo matters that films rarely do today. The script, pacing, story, tone, acting and the kids bad singing are all on point. The Naked Kiss is terrific stuff from the original director to lift the lid on small town America to reveal its seedy underbelly. 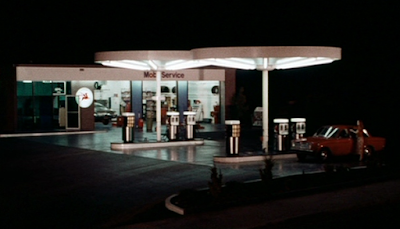 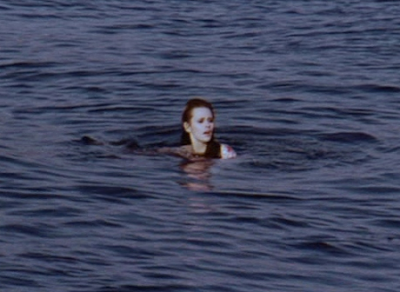 Messiah Of Evil (1973)
OK my obsession with this film continues. I know I've mentioned it before but I've just watched it for the umpteenth time. I reckon David Lynch was probably influenced by this along with Silent Night, Bloody Night, Samuel Fuller movies etc. Messiah of Evil just has the best atmosphere ever created in a film. You feel like you are in the windy, creepy seaside town of Point Dune. Just about every scene is iconic, inexplicable or totally memorable. The small town Americana of supermarkets, movie theatres, gas stations etc. is caught with an eye to put you at great unease. The sound design and Philllan Bishop's electronic score all add to the eerie one of a kind tone captured in this movie. More mystifying than ever. 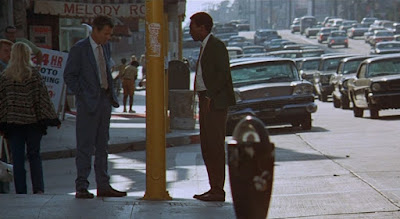 Hickey & Boggs (1972)
I thought I'd seen everything the 70s had to offer on film but hell no. Robert Culp, that's Bill Maxwell from Greatest American Hero to you and me, directs his only feature film. Hickey & Boggs is one of the best private eye/neo-noir films ever. Bill Cosby is tremendous as Al Hickey, he should have been nominated for an academy award. Culp does a bloody good job acting too as Hickey's partner Frank Boggs. This movie is meticulously directed. Robert Culp had major talent in that department and could have gone on to an illustrious career but that was not to be. The Kino Lorber blu-ray made me feel like I was in the cinema in 1972 on opening night, it's beautiful. Walter Hill wrote the script, need I say more. This film is an absolute revelation. 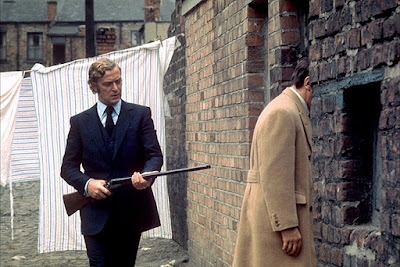 Get Carter (1971)
Perfection. Brutal British revenge film of the highest order. Michael Caine is at an extraordinary peak of acting prowess as the charming yet menacing Jack Carter. Get Carter is a snapshot of Britain in the early 70s. It's cold, grim, wet and nasty. I love the way the pub, architecture and urban squalor are captured on film. The Roy Budd score is fantastic too. It doesn't get better than this.

Blue Collar (1978)
Writer of Taxi Driver, Raging Bull, Rolling Thunder and director of American Gigolo, Hardcore, Comfort Of Strangers, Paul Schrader may well be a miserable bastard but he is one enlightened motherfucker. Blue Collar is just as meaningful and pertinent to today as it was forty years ago. A central theme is how the establishment divides and conquers the people to retain stasis and power. Three hard working car factory dudes decide to stage a robbery to stick it to the man but they get in way over their heads. This is quite possibly a perfect film. There's no fat in the script, acting or direction. Special mention must go to Richard Prior for an outstanding performance as Zeke. Hey, Harvey Kietel as Jerry and Yaphet Kotto as Smokey are terrific too. The blue spray paint lock in scene has got to be one of the grimmest ever caught on celluloid. An incredible directorial debut from Schrader. 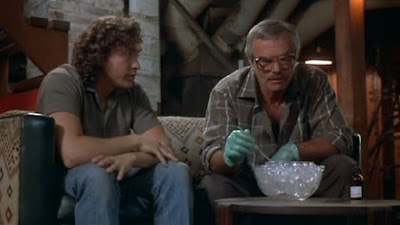 Breaking In (1989)
You might think 'Oh really a Burt Reynolds movie from the late 80s?' but this is a little gem of a film. Breaking In is a tight, low key crime film of considerable charm. John Sayles wrote the script. Bill Forsyth directed. Burt plays an ageing career criminal who is interrupted during a house break in by another bloke who is also breaking in, the story unfolds from there. Burt is great here. Highly recommended. RIP Burt. 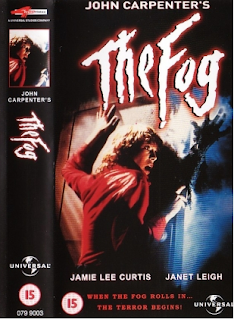 The Fog (1980)
Funny little ghost story quasi-slasher movie about a sinister fog that encroaches on the seaside town of Antonio Bay. John Carpenter creates a fabulously gloomy atmosphere with sound and vision. It gets particularly exciting when he amps up the the pounding doomcore score. Special mention must go to Adrienne Barbeau's hair. Is this the only film to star Jamie Lee Curtis alongside her mommy Janet Leigh?

Sole Survivor (1983)
Wow what a load of crap. I've gotta stop listening to the VHS nerds. Fell asleep in the last 20 minutes....enough said. 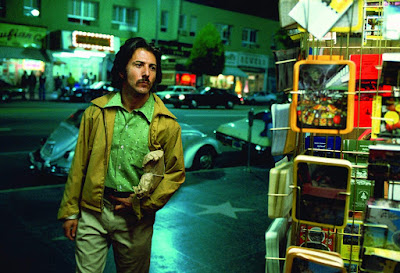 Straight Time (1978)
70s crime movie gold right here folks. This is a masterpiece. Can you go wrong with Dustin Hoffman, Harry Dean Stanton and Gary Busey as your trio of crappy robbers? Well yeah you probably could but all performances are understated and spot on. I believe this to be Hoffman's greatest ever performance. It also stars Theresa Russell and a young Kathy Bates. Perhaps the most interesting performance though is from M Emmet Walsh who plays Max's (Dustin Hoffman) cunt of a payroll officer Earl. Look out for spectacular scene of Earl handcuffed and dacked in the middle of a freeway! 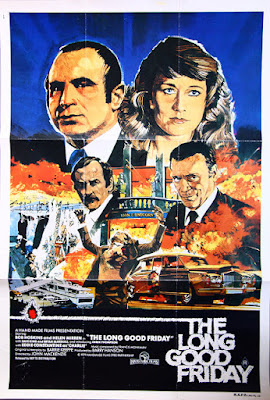 The Long Good Friday (1980)
The second best British gangster film behind that one mentioned above. The Long Good Friday's got the lot: Mental criminals with a nostalgia for a lost Britain, gay bathhouse violence, Helen Mirren, car bombings, the IRA, pub bombings, the Mafia, Helen Mirren's hair, racism, sexual tension, brutal violence, Bob Hoskins taking a shower and betrayal. It's all set to the backdrop of London's late 70s decrepit docks. The soundtrack from Prog Rock/Library Music legend Francis Monkman is ace too.

Found In The Supermarket


Heard this in the supermarket the other day which was quite odd but it made my day. You don't hear bands like this on oldies radio here in Australia but somebody cool must have been programming the muzak airwaves at Woolies the other day. Pretty sure this did not trouble the Australian charts whatsoever.

Then it was followed by this which I'm pretty sure was not a top 40 hit in Australia either (only made it to number 155 for God's sake). Jesus it only just scraped into the UK top 40 peaking at number 39! Strange (great) days at the supermarket.
Posted by Tim 'Space Debris' at 19:41 No comments: