Gene Clark's No Other 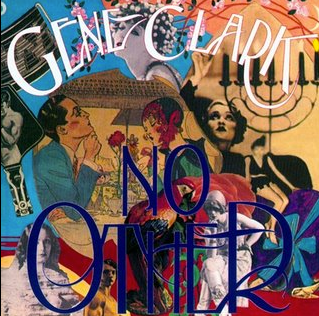 What I've been tryin to get to for a while now is this: Gene Clark's No Other. Here's another record I don't really need to talk about as some of the greats have written about it here and here. Anyway this is a record that is still building its cult. It'll probably be 5 to 10 years before he gets to that stage that, I dunno, someone like Nick Drake ended up in 10 years ago. A sort of saturation point where you've gone from cult figure to everyone who's ever gonna know about you knowing about you. I guess Rodriguez is reaching this position now, sure a doco helps! As does an Academy Award for said doco. Anyway David Geffen apparently pumped a hundred grand into Clark's magnificent 1974 opus and upon receiving it in the flesh promptly chucked it in the bin in a hissy fit because it only had 8 songs. Geffen refused to promote the LP and it came and went in a flash. Clark's career never recovered and he allegedly became a tragic figure until he died in 1991 before the No Other cult had gained much momentum. This LP is up there with the best 70s West Coast records by Fleetwood Mac, Steely Dan, Sly Stone and Dennis Wilson and could possibly be the best of the lot. I reckon we definitely get our $100,000 worth. It's lush. It's sublime. This album is the perfect amalgamation of songs, performance and production. It does not get much better than this if indeed it does at all! There's something intangibly magic about this LP and framing it in Gram Parson's term 'Cosmic Americana' doesn't do it justice. This ain't no hippy hillbilly record. However there is a dichotomy at work here. Clark wrote this album during a deep spiritual time but then recorded it in the grips of out of control cocaine use/abuse. An interesting footnote to Australian readers is that Venetta Fields, yes she of John Farnham's band, sings backing vocals on the trax Life's Greatest Fool & Some Misunderstanding.


﻿ I was thinking about that former post where I asked about The Flying Lotus album and whether I'd missed anything. I don't really have any anxiety there. There are hundreds of top records out there. I can't listen to all of them. So it doesn't really bother me when I get rid of something or don't give something much of a chance. Maybe if someone exposes me to that Dick Diver record more, I might come around but I can't see any reason to seek out another listen of my own free will.

It's what makes you go back to something that interests me. Like why do you do it. Records I don't understand when I first hear them is a pretty strong reason for a repeated listen like when I first heard Slint, Thinking Fellers Union Local 282,  Mars, New Kingdom, Sly Stone's There's A Riot Going On, early Roxy Music, Chrome, The Fire Engines, This Heat's Deceit, The Axemen or Royal Trux's Twin Infinitives. Had to keep playing them, to in some way try and figure out what was going on or what was making it interesting even if it was just plain bafflement. But when I got it  fuck I really dug it. Then there are some things that are more immediate that you're just gonna dig no matter what, like when I first heard Kraftwerk, The Fall, Prince, Neu, The Clean, The Pixies, MBV and Boards of Canada. I love these bands just as much today as the above bands.

I don't really care to analyse why I reject things. Usually they're just shit or I've heard it all before. Some things just seem gross or wrong. Sometimes it's just not my bag alhough I have e very open mind when it comes to music. Don't get me wrong I like cheap and nasty as much as drug fueled over budget/production. 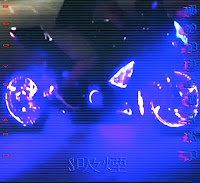 God I don't really get this and I've been a fan of James Ferraro for many years now and pretty much enjoyed everything I've been able to hear of his, which is over 30 releases (I think there maybe twice as many I haven't tracked down) This new release however under the name of Bodyguard I can't seem to grapple with. I don't really get it but I'm not sure I want to listen to it for the 4th time. I must say he's had a bloody great run over the last 6 or 7 years so one disappointing record is hardly going to ruin his reputation with me. Will I give it another spin or is life too short?