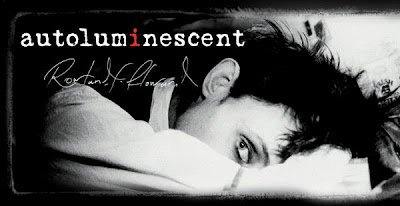 I watched that Documentary autoluminescent again last night and geez it's hard going towards the end. This is a doco about the life and times of Rowland S directed by Lynn-Maree Milburn & Richard Lowenstien. It contains some fantastic footage of the great man from the early days onwards. It's when it gets near the end and there are scenes of him in hospital and sad stories from his last days that really hit you with the sadness of his tragedy. He was starting to gain momentum with his career again. His Pop Crimes LP was critically acclaimed and a whole new younger audience was becoming aware of his magnificence. He had so much more to give and his regret was heartbreaking ie. not looking after himself at certain stages of his life. 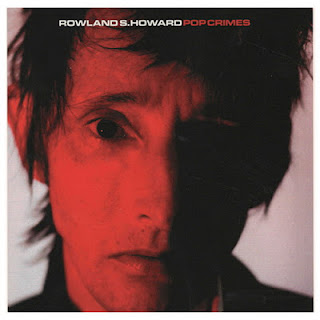 He ended on a high note though and I hope he was proud. What a top record to go out on! Ha... just noticed 10 minutes ago that the FACT Webmagazine has his Teenage Snuff Film record in their best albums of the 90s, coming in at #20. So it takes an international website to recognise his excellence and the Aussie list maker wankers to overlook it. Typical.
Posted by Tim 'Space Debris' at 18:44