Top 3 LP Covers Of All Time

I was filling in a questionnaire about best LP covers the other day and found it really hard. My conclusion in the end was that movie posters are much better pop art than album covers. What surprised me most was how much I didn't give a fuck about the artwork for albums. Perhaps movie posters are better because they promise so much yet the actual movie rarely delivers on that promise. Movie posters as an entity unto themselves seem like a much more successful artform than the poster as part of the combination with the movie or album artwork by itself. Album artwork really seems to be an afterthought doesn't it? Music doesn't need it's sizzle to be sold because it speaks for itself.

Sure I had a few other favorites but below are my top three LP covers of all time and the music is awesome too...just slightly magnificent.

Big Fun is surely the best LP cover ever. The soundz within are bloody exceptional too!

In Concert is quite possibly my fave Miles record.....uh and that cover! 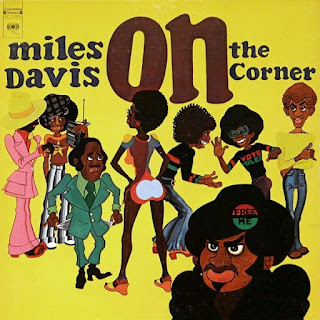 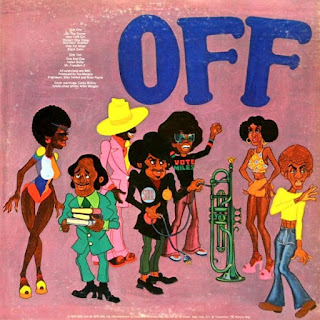 An amazing trilogy of funky ghetto pimp shit that really suits the tunes. The album sleeves for In Concert & On The Corner were once described as 'tastelessness' by Canadian jazz magazine Coda, ha...the last laugh is on you Coda, tastelessness never tasted sooo good. Don't you love how people with a different taste to you describe it as no taste as if there couldn't possibly be an alternative to their specific tastes. Stupid. I love these Corky McCoy cartoon covers more than the covers Mati Klarwein did for Miles Davis but they're great too (see below), if a little tasteful. 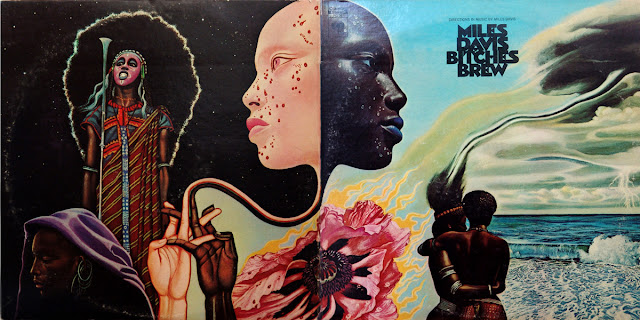 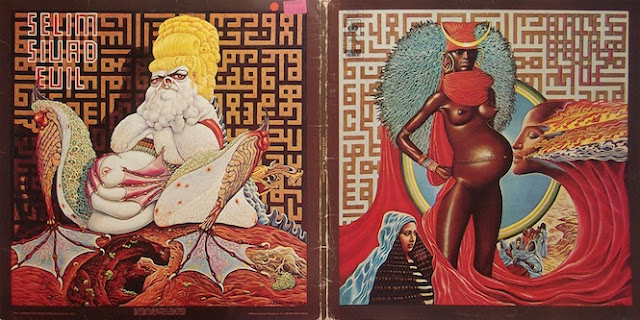 How good is the Live/Evil one? Fucking mental.

The two different styles of cover art really sum up where Miles was at, at the time. A culture clash of high culture and trash. Davis was making mercurial epoch defining art and designing sonic templates for future genres to plunder but he also really wanted to be down with what was happening on the bad ass fonkay streets. He wanted to eat his cake. I think he did and then some.
Posted by Tim 'Space Debris' at 23:12