So There's These Records - Summer Edition 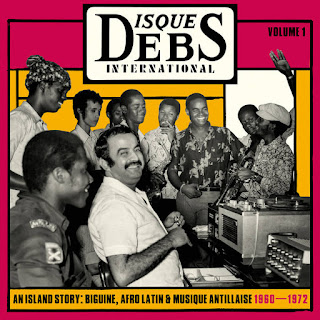 On Twitter I often mention records I'm currently listening to and enjoying but I almost never follow that up on my blog. So here's some LPs I've been digging in 2019. This first one is a compilation released on the fabulous Strut Records which I totally missed last year. I discovered it on bandcamp a week ago and tweeted about it that day. The grooves on Disque Debs International Volume 1. An Island Story: Biguine, Afro Latin & Musique Antillaise 1960-1972 are soo infectious. These tunes are very well suited to the absurd heatwave we've been having here in the Antipodes. If you liked that Soundway Records compilation from a few years back,...er...that's 10 years, Tumbélé: Biguine, Afro & Latin Sounds Of The French Caribbean 1963-74 you are gonna dig these sweet tropical vibes. 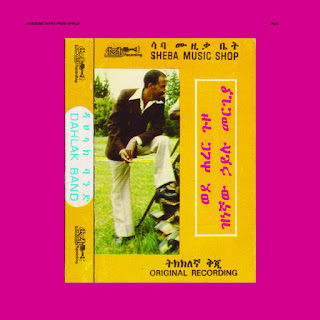 The fantastic record label Awesome Tapes From Africa reissued this in 2016. In need of some healing loose soulful grooves the other day in the immense Australian summer heat I pulled out Wede Harer Gazo and claimed it to be just about the best album ever recorded. I stand by that statement. Wede Harer Gazo is a 1978 recording from Hailu Mergia & The Dahlak Band. This is hypnotic jazz funk in a state of delirious torpor with a blurry organ giving it a frayed psych vibe. The LP comes from the golden age era of Ethiopian music so if you like your Mulatu Astatke or Éthiopiques compilations you are bound to appreciate this beautiful languorous music. 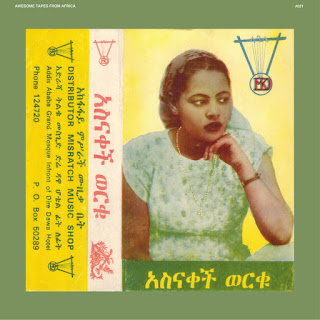 Hailu Mergia also played on this brilliant obscure tape from 1975 Asnakech by Asnakech Worku also featuring Temare Haregu, which was reissued last year by Awesome Tapes From Africa. I think it's a bit odd to give something that was originally a hissy 70s tape the deluxe vinyl treatment. Suffice to say I only bought the digital version but they did reissue it on tape as well. This album was included in my best reissues of 2018 list but Asnakech is still in high rotation around these parts. Like the aforementioned French Caribbean music, golden age Ethiopian music suits summer perfectly. Worku, a 20th century icon, was a famous actor, dancer, singer and master of the krar. The krar is an ancient Ethiopian harp that has 6 strings and sounds a bit like a brittle rusty banjo. Asnakech Worku will have you mesmerised with her off kilter free krar playing intermingled with Mergia's blurry organ swirls. Strange and enchanting. Also check out Éthiopiques 16 (2003). 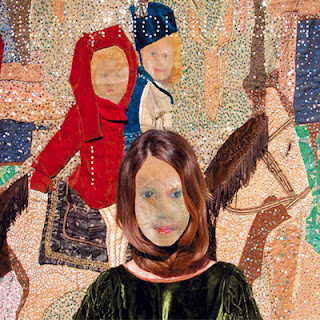 I know I'd heard Juana Molina on the radio before but I just filed her away in the back of my mind as someone to investigate one day. Something on youtube prompted me to finally check her out properly and what a fool I've been for the last 15 years. Son from 2008 is a modern experimental psych folk masterpiece. Musically it's somewhere between Linda Perhacs, the Canterbury Scene, miscellaneous experimental vocal scientists and a whole lot of Molina's idiosyncratic vision. There are a handful of other Juana Molina LPs either side of this one that are highly rated so I can't wait to track those down. 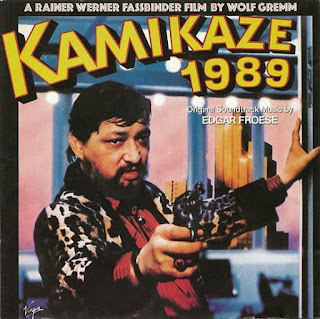 Kamikaze 1989 is the soundtrack to Fassbinder's 1982 film. How the hell did this even pass me by? Anyway I've found it now and it's a bewdy. I rate Edgar Froese's other six LPs recorded between 1974 and 1983. Froese's last classic solo LP Pinnacles was released in 1983 so I am absolutely flummoxed as to how I didn't know this existed until the other day. Kamikaze 1989 is classic early 80s synth soundtrack action from the Kosmiche maestro of Tangerine Dream fame. This puts to shame all of the 2010's synth-wave pretenders. Splendid stuff. 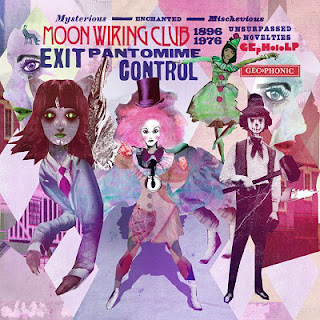 Moon Wiring Club's 2016 LP Exit Pantomime Control is one of their best. I guess it got a little overlooked*, by me at least, as it was released at the same time as their massive triple cd of archival material When A New Trick Comes Along I Do An Old One. Anyway I've been listening to this constantly for the past three months and it just doesn't get old. Their catalogue is full of treasure and I would place Exit Pantomime Control somewhere in the top 5 of all time Moon Wiring Club releases which is high praise indeed.

*Surely they, well Moon Wiring Club are a one man band that is Ian Hodgson, are one of the most overlooked musical entities of the past 12 years. Due to Mr Hodgson's release schedule of always issuing his new product in early December, as a Yuletide treat, has put him in a peculiar critical position. By the beginning of December most music websites and magazines have usually compiled their albums of the year lists. He really is on the outside of things. I'm not fully aware of how often he is reviewed. I've occasionally seen him reviewed in The Wire and @FACT but a quick search @Pitchfork reveals "No Results'. So I'm guessing he doesn't get a hell of a lot of media attention outside of the dwindling music blogosphere (paid music writers, eh?).
Posted by Tim 'Space Debris' at 00:34 No comments: