Pearsall from sonicrampage never lets you down with his jungle mixes. This one's called Rolled In The Jungle (Summer Ready Jungle Mix) All Killer No Filler. Just in time for a beautiful & unseasonably warm day in the North-West of Victoria down here in the Antipodes. Loving it...ooh that segue from DJ Krust's Poison to Origin Unknown's Mission Control, nice. Many a mid 90s legend here ie. Goldie, Foul Play, Babylon Timewarp, Tom & Jerry, Dillinja, Run Tings, Roni Size etc. Pearsall presents an Amen-free zone full of rugged soul, ambient drum'n'bass and tough breaks. He's mixing it up with some big tunes and a sprinkling of lesser known trax, all choice cuts. As the brief states Rolled In Sunshine is pretty much all rollers in that exquisite transitional zone before jungle splintered and either got too smooth, too harsh or too boring.

A sweet spot for me is when the jungle gets dubby and Poison certainly does that with a choice bit of sampled(?) reggae.

The unmistakable sounds of Origin Unknown. Mission Control is pretty minimal and dubby too. A sumptuous trip into a long dark tunnel, know what I mean?
Posted by Tim 'Space Debris' at 13:31 No comments:

On The Hi-Fi Part ??? - Jungle/Tech-Step Special 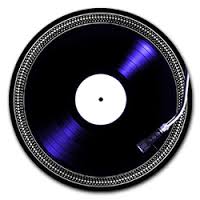 DA INFLUENCE MIX PART 1 - BASIC RHYTHM
I can't really remember how I found this mix. I'm not even sure who Basic Rhythm is but this is a mix of some choice mid 90s jungle cutz. Dillinja is in there and DJ Krust. Plus a whole bunch of stuff I've not heard, heard and can't necessarily id. 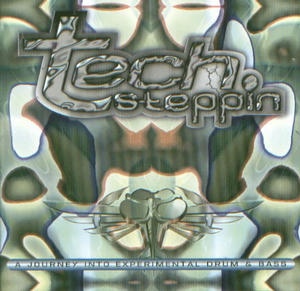 TECHSTEPPIN - VARIOUS (EMOTIF RECORDINGS) 1996
Keeping the hardcore vibes going, I finally got a copy of Techsteppin. After re-appraising Tech-Step a while back when listening to the excellent No U-Turn comp Torque, I thought I'd check this out. While it's still got very faint traces of jazz (the darker side of 70s Miles Davis) there no lightness like there was was in in intelligent or jazzy jungle. Distress, claustrophobia and paranoia are at the heart of darkness in these tunes. Torque, released a year later, would pummel out any source elements of jazz in Tech-Step. Actually by the end of this cd that's pretty much what's happened anyway. This is Drum & Bass that's all about the bass. While the beats keep to an almost military-esque stringency like industrial but vaguely funky, the bass is like subterranean scud missiles breaking through the earth's crust. This thick bass goo hits you like a vengeful blow to the body. Techsteppin contains tracks from No U-Turn luminaries Ed Rush plus Trace & Nico under the aliases of Skyscraper and Rollers Instinct. I guess Doc Scott is like the godfather of Tech-Step who was from the original milieu of Darkside Hardcore (NHS EP, Here Come The Drumz etc.) and he shows up here with a sterling performance on Machines. His Tech-Step swarms, buzzes and drones with astonishingly ominous dread. Techsteppin's harsh urban nowhere reached a bleak dead end and I mean that as a compliment. This is another reason to prove that getting off the hardcore continuum around 1995/96 (which is what I did) was wrong. Get numb.

*"It's too purple. Reading that felt like someone doing a bad impression of you."

*Special comments from Mrs Space Debris. She doesn't pull any punches does she? She didn't appreciate me describing the bass as 'like underground thick pools of mutant goo'. So I rewrote it. Is she my new editor? I don't necessarily take purple as a criticism. I mean the best part of reading Melody Maker in 87/88/89 was the purple prose they used to excite me about the likes of Young Gods, AR Kane, My Bloody Valentine, Loop, Butthole Surfers etc. I was never disappointed when I got my hands on those records either. 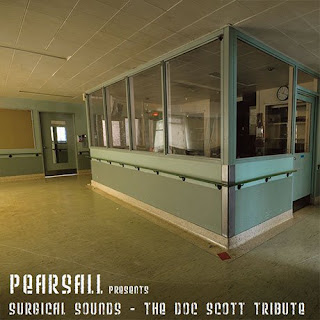 PEARSALL PRESENTS SURGICAL SOUNDS - DOC SCOTT
Continuing on with the hardcore........Pearsall presents a mix of the aforementioned Doc Scott. This set includes Scott's remix work for the likes of System 7, Spring Heel Jack and Goldie. Then we've got his own solo tunes plus those under the pseudonym Nasty Habits. Pearsall points out Doc Scott never phoned in his remixes, he makes them his own. Doc's own trax are even more outstanding. Another mix that's a bewdy from Mr Sonicrampage!
Posted by Tim 'Space Debris' at 00:23 No comments: