Dj. Zirk feat. Tom Skeemask & Buck Shotz - 2 Thick (1993)
This was the best 27 yearz ago & even better now. This scene was so DIY & regional they didn't give a fuck about what the outside world wanted because it didn't want them. Artists just wanted to be just as good or better than the other local Memphis artists. There was no internet file sharing so things were kept pretty insular and local. Sure Memphis rappers had heard west coast, east coast and Texan shit but none of them apart from the southern contingent had heard the Memphis stuff. It was all about killing it with the beats, verses & flows. Playing at the peak of your creative powers. This is surely what made the scene so strong and unique.
2 Thick is DJ Zirk's seminal and most sampled track. Zirk and DJ Squeeky were good friends. I have always assumed Zirk learnt his production chops from Squeaky but I might be wrong. DJ Squeeky is credited with creating the original trap beats around 92/93. He was also using rappers such as Tom Skeemask, Criminal Manne, Gangsta Blac & Yo Lynch who did the "double time flows & triplets"* People incorrectly now call this, 20+ years after the fact, the Migos flow. Anyway Squeeky & Zirc, the Memphis beat masters, often used the same pool of rappers I guess like Zaytoven, Metro Boomin and Sonny Digital did in Atlanta in the 10s.
Hog Killin' one of the classic DJ Squeeky productions from I guess 94 (?) featuring Lil Grove, Outlaw & Criminal Manne. It's not on discogs that I can see but hey it's right here on the youtubes!
* Lucas Foster. See his 2017 DJ Squeeky article here.
Posted by Tim 'Space Debris' at 21:35 No comments:

Pearsall from sonicrampage never lets you down with his jungle mixes. This one's called Rolled In The Jungle (Summer Ready Jungle Mix) All Killer No Filler. Just in time for a beautiful & unseasonably warm day in the North-West of Victoria down here in the Antipodes. Loving it...ooh that segue from DJ Krust's Poison to Origin Unknown's Mission Control, nice. Many a mid 90s legend here ie. Goldie, Foul Play, Babylon Timewarp, Tom & Jerry, Dillinja, Run Tings, Roni Size etc. Pearsall presents an Amen-free zone full of rugged soul, ambient drum'n'bass and tough breaks. He's mixing it up with some big tunes and a sprinkling of lesser known trax, all choice cuts. As the brief states Rolled In Sunshine is pretty much all rollers in that exquisite transitional zone before jungle splintered and either got too smooth, too harsh or too boring.

A sweet spot for me is when the jungle gets dubby and Poison certainly does that with a choice bit of sampled(?) reggae.

The unmistakable sounds of Origin Unknown. Mission Control is pretty minimal and dubby too. A sumptuous trip into a long dark tunnel, know what I mean?
Posted by Tim 'Space Debris' at 13:31 No comments: 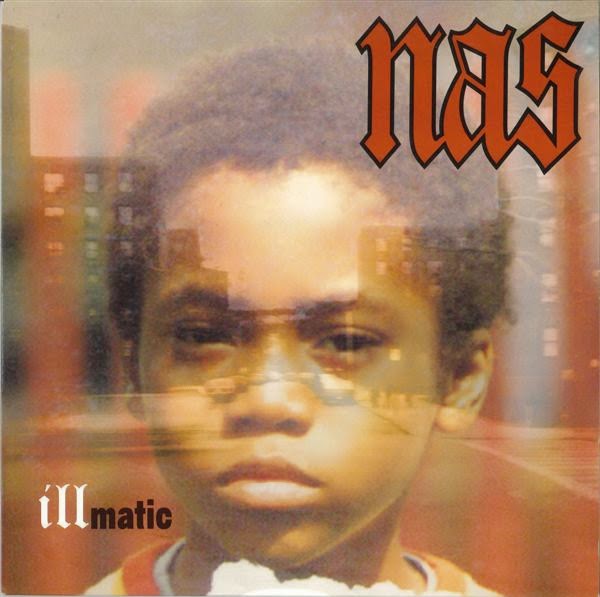 Illmatic was released in 1994, a particularly fertile year for new music. This is the year two classic trip hop LPs were released Portishead's Dummy and Massive Attack's Protection. Then there were so many UK jungle trax, too numerous to mention. There was also a shitload of British experimental (dare I say Post-Rock before it became a term of derision for American noodling turds) rock happening Laika, Disco Inferno, Bark Psychosis, Stereolab, Pram, Scorn, Flying Saucer Attack, Main and O'rang. Then there was electronic and ambient music Aphex Twin's Selected Ambient Works Vol 2, the Virgin comp Isolationism, Mouse On Mars, Orbital, Autechre, Global Communication's 76.14, Paul Schutze and the list goes on. Nick Cave, Pulp, Boredoms, Peter Jefferies, Polvo, Kristen Hersh and Burzum all released classic records. Then there were the reissues on Blood & Fire Records and Esquival's Space Age Bachelor Pad Music. Plus way way more. Geez that was a good year for music. The two hip hop albums that did get my attention were The Beastie Boys Ill Communication and Snoop's Doggystyle. Along with Illmatic, I also missed Warren G's Regulate.., Jeru The Damaaja's The Sun Rises In The East, Ice Cube, PE and whoever else.

I had already heard Nas albeit without my knowledge on Live At The BBQ, a track from Main Source's classic LP from 91 Breaking Atoms. By the time of Illmatic's release in 94 he was 20 so he'd been a bit of a child prodigy. The line up of producers here was the cream of the 1994 crop. Main Source's Large Prof, Pete Rock, Q-Tip, DJ Premier and LES all had a twiddle of the knobs. This was a new era with the classic old school of PE, NWA etc. and the daisy age fading away and the beginning of Wu Tang Clan's stranglehold in the east and G funks commercial dominance. Nas's timing couldn't have been better, making the LP old school, of its time and somehow timeless all at the same time.

The album begins with the splendid trippy funk beats of The Genesis and Nas is introduced and then it's quickly into the creepin intensity of NY State Of Mind. This tune travels the decay of the NewYork underbelly with drugs, guns, crime and violence. This journey through urban hell is state of the art 94 hip hop where "The city never sleeps, it full of villains and creeps.". Life's a Bitch is a glorious ode to hedonism that features AZ guesting on vocals. This backing track is so fucking smooth with its Gap Band sample and a trumpet comin on like something from Miles Davis's Big Fun. The World Is Yours features, apart from the the usual peerless rhymes, some awesome scratching. Halftime closes side one with its mentions of Jackson 5 and watching Chips (hey I used to love that show, even had Chips pyjamas). His rhymes are astonishing as is the backing trak with its dubby horn samples floating in and out of the mix like puffs of smoke.

Side two or 41st Side South starts with Memory Lane and it's a Premier production containing a Rueben Wilson sample of We're In Love. Choice turntablism blends perfectly with this sweet soul jazz jam. One Love be a daisy age throwback and that ain't no bad thing here. This is a message to his incarcerated bros that's grasping for optimism amongst the darkness and the rhymes keep flowing like nothing before. Large Prof gives One Time 4 Your Mind  a sweet minimal mellow vibe to show off Nas's def rhymes. Represent is another snapshot of a day in the life in the projects of New York, the every day crime and casual violence of it all. Premier gives this track hypnotic psych beats that you'd be happy to keep listening to for an hour. This is the trippiest of hop. It ain't Hard To Tell closes out the album with MJ and Kool & The Gang samples. The dub inflected beatz are a heavenly haze.

At one stage on Illmatic Nas claims he has so many rhymes and its hard to disagree, they just flow and wash over you. You catch new snippets each time you listen. You could listen to this album a hundred times and still not know all the words. This is part of its charm, longevity and timelessness I guess. Illmatic only goes for 40 minutes thus there is no time to really get sick of it. Other artists at the time should have taken note of his quality control. Cds gave rise to too much wasted time and filler. Ironman by Ghostface Killah is a favourite of mine but a minute or two of editing may have had everyone thinking that was the best rap LP of all time but Illmatic is the one most often quoted as that. With a few more listens I might be sayin the same thing but probably not. He's just not mad, smooth, funny or charismatic enough for me. I would however love to hear an instrumental or dub version of Illmatic, that'd be wicked. I haven't heard other Nas records but I feel Illmatic maybe similar to Tricky's Maxinquaye. They were both debuts and both considered masterpieces. So how do you top that? Retire after your first record? Then tour it live 20 years later? That would have been cool. Rappers gotta eat though and apparently he's put out some other good records but Illmatic was always there to haunt him. Luckily now he can tour it for the 20th anniversary and probably make a small fortune. Nobody back then would have dreamt of this concept, let alone it being quite viable and even almost credible. 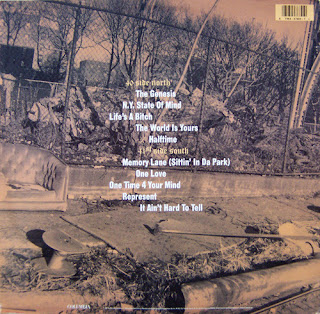