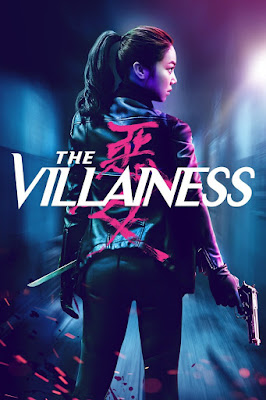 The Villainess aka 악녀 (2017)
It's funny that Parasite (2019) was a major cross over hit with western audiences because this film ticks all the right blockbuster entertainment boxes and is probably even more commercial. The Villainess is a sort of gangster/assassin/revenge movie but mainly it's just an outstanding ultra violent action flick. This is the sort of unbelievable fun action thrills we want, relentless and exhilarating. There is also emotional attachment to certain characters too which is quite an achievement from writer/director Jeon Byung-gil. Sook-hee (Kim Ok-vin) is the titular character who was raised on violence to blossom into a consummate smiling assassin. She is captured by an intel agency who want to use her for their own gains so she is sent to a reform prison for Assassins. Let the batshit crazy shenanigans begin. We get fake deaths, plastic surgery, questionable babies, gassings, murdered fathers, fake identities, bombs, sword fights on motorbikes, even love and that's not the half of it. After watching this it's hard not to say "That is the fucking best!" and yeah in my book it's probably the best action flick of the 10s. If you've not seen it was on either Stan or the nettflix. Good times. 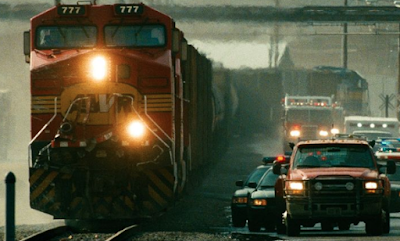 Unstoppable (2010)
An alright blockbuster action flick if you can get past the thickly layered on Hollywood cheese which almost destroys an unbeatable premise of an explosive runaway train. I mean It's still pretty naff. Sometimes you just gotta put that shit aside and try to just enjoy the ride. An unmanned train carrying carriages of diabolical chemicals picks up speed and needs to be stopped before destroying thousands of lives when it crashes. Frank (Denzel Washington) and Will (Chris Pine) are on another train ready for the rescue mission with the help of Connie (Rosario Dawson) in the control room and Ned (Lew Temple) in his 4WD. The tension and excitement build but Tony Scott turns the picture into something resembling a sports telecast, with people cheering and screaming while they watch events unfold on their TV screens. This was unnecessary and mawkish. Unstoppable is way way overrated (Hello QT & re-watchables podcast). I guess this is what they like to call a pizza or popcorn movie. Then again I'm happy to eat popcorn or pizza watching a Lars Von Trier film. 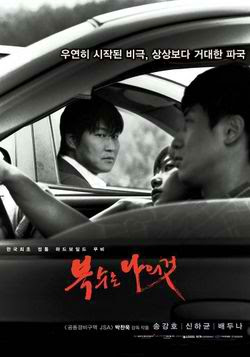 Sympathy For Mr Vengeance aka 복수는 나의 것 (2002)
Goin back to the original peak years for South Korean cinema when my video shop was the only place to find this shit. Recent (last 20 years) revenge movies don't come more mental or any better than those from South Korea. Particularly from the master director of the genre Park Chan-wook. This is the first in his trilogy of Vengeance movies and it is an auspicious entry. We go right into the underbelly of criminal organ trading here as a young deaf brother is trying to raise enough cash so that his sister may get a kidney. He comes up with a scam that goes horrifically awry. Some seriously grim events occur. Park Chan-wook who also co-wrote the screenplay is at the peak of his powers here. Brilliant. 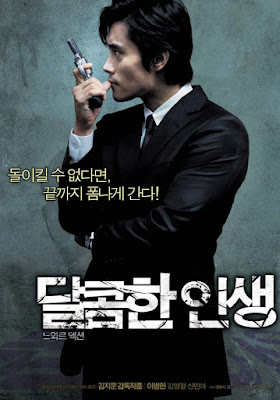 A Bittersweet Life aka 달콤한 인생 (2005)
A mega violent gangster picture with a bit of a naive romance fantasy thrown in.  Kim Jee-woon the man who directed one of the all time classic South Korean revenge films, I Saw The Devil (2010), presents these unusual gangsters with confusing motivations behind their actions. Their moral, brotherhood and gangster codes are all fucked up and wrong. Throw in some Catholic shit and pure Nihilism and voilà you've got yourself a an entertaining 21st century gangster flick. 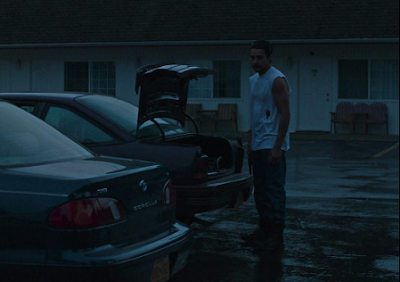 Sweet Virginia (2017)
An average story of small town crime that gets out of hand. Set in rural Alaska. The main criminal is Charlie from HBO's Girls. It's just missing some pizzaz so it's not in the same ball park as low key crime gems like The Friends Of Eddie Coyle (1973), Going In Style (1979) Breaking In (1989), Blue Ruin (2004) etc. 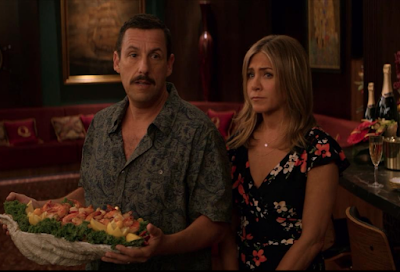 Murder Mystery (2019)
A bit of silly fun that is seriously good. Knives Out (2019) gets all this critical praise for reinvigorating the Agatha Christie style whodunnit? genre but hey I think director Kyle Newacheck beat the critically acclaimed Rian Johnson to the punch. After watching Uncut Gems (2019) I wondered how many other good Adam Sandler movies I've ignored since I last saw him in Punch Drunk Love (2002) so I ended up here. Murder Mystery's been on my Netflix list for 7 or 8 months. A down on his luck NY cop Nick Spitz (Adam Sandler) is accidentally pushed into buying a European holiday for him and his wife Audrey (Jennifer Aniston) for their 15th wedding anniversary. In Europe they end up at a billionaire's family reunion on a yacht when the murder begins. The French detective believes it was Nick & Audrey Spitz though. How are they going to get out of this jam? Exciting fun ensues with much crap detective work, a game of cat & mouse, a body count and a spectacular car chase with Aniston behind the wheel of a Ferrari.