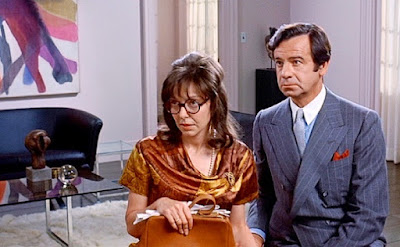 A New Leaf (1971)
Elaine May's directorial debut starring Walter Matthau and Elaine herself is a charming little film despite the huge production dramas behind the scenes. A spoilt trust fund adult Henry (Matthau) runs out of money. He decides the answer to his problems is to find a rich heiress to marry while keeping up appearances as still being wealthy himself. He finds Henrietta (May), a nerdy klutz, who fits the bill perfectly and the hi-jinx roll on from there. A silly black comedy that's worth watching. 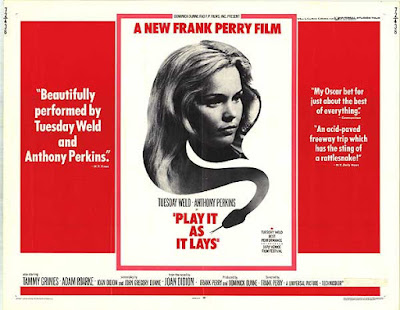 Play It As It Lays (1972)
This is based on the Joan Didion book from 1970 so while it was released in 1972, it's definitely a late 60s film in vibe man. Arty-farty navel gazing existential horse shit of the worst kind or kinda groovy nonsensical, but with its own internal logic, meditation on the meaninglessness of life and how life affirming nihilism can be. I'm going for the latter this time but when I first saw this movie a couple of years ago I was absolutely in the first camp. Pretentious Moi? Frank Perry, I think that's Katy's late uncle, directed this time capsule of California and the emptiness of the film industry, fame and life itself. If you like the sound of all that then no worries, but otherwise steer clear. Another one I discovered on my Anthony Perkins investigation and he stars here once again with Tuesday Weld.

Romeo Is Bleeding (1994)
Noticed this was streaming on Stan (an Australian streaming service similar to Netflix), got five and a half minutes in and that was it. Oh My God what pretentious, generic and embarrassing crap those minutes were. Did I need to give it more time? It felt like I gave it a lifetime!

Dressed To Kill (1980)
After the surprise beginning of Angie Dickinson flicking the bean in the shower there's an absurdly lengthy museum scene which really seems to serve no purpose (except to to drive me & Emma crazy) as it could have been condensed into less than a minute. Once you get past the gallery scene, the film really begins and the suspense builds like only a Hitchcock rip off can. Academy award winning hair goes to Nancy Allen. Good funny twisted movie. Look out for false endings. 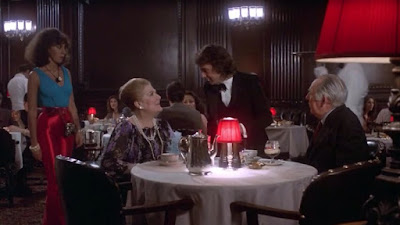 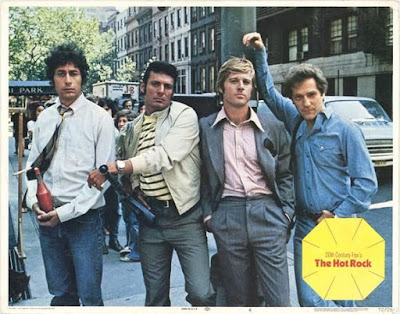 The Hot Rock (1972)
I gotta say I wasn't expecting much from this crime-heist movie as I'd never even heard of it until a couple of years ago. It's a Twilight Time release though so I thought I'd roll the dice. The Hot Rock starts off unassuming but unrolls quite nicely with unexpected twists and turns and never misses a beat. Robert Redford is peak handsome Redford but he's not just that, his actoring is good, along with the ever reliable George Segal. An enjoyable lil crime film. 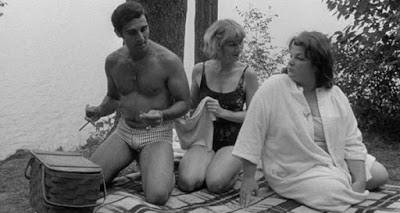 The Honeymoon Killers (1969)
This was a first time watch for me and woah! it's the best discovery I've made in ages. This film has been on my radar for something like 30 years and it didn't disappoint. The filmmakers get you in, in the opening seconds of this movie and it just doesn't ever lull. Amazing story, perfect pacing, wonderful characters, strangely erotic, viscerally violent and it's based on a true story apparently. Raymond Femandez (Tony Lo Bianca) and Martha Beck (Shirley Stoler) develop a criminal scheme of ripping off lonely spinsters via a lonely hearts correspondence club with diabolical consequences. You think 'I wish there were a hundred films like this' but then you realise the uniqueness of The Honeymoon Killers is part of what makes this so great. A quintessential cult movie.

Cruising (1980)
Steve Burns (Al Pacino) is a heterosexual cop who goes undercover into the underground gay leather bar/S&M scene to investigate a series of murders that have occurred. An absurd little film set in the NYC cesspool era that's rather enjoyable although it does become quite strange towards the end. The ambiguous ending is not going to be for everyone so I'm not sure if I can actually recommend it but it is a fascinating curio from the end of the new Hollywood era so... I mean if you're into film history, Friedken, Pacino, Spinell or gay history you've probably already watched it anyway.... 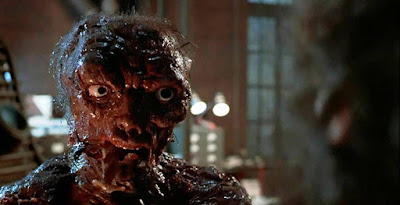 CAM (2018)
Gimme a fuckin break here Netflix. What a load of cods wallop! I thought this was going to be somewhere along the lines of the cyber-thriller Nerve (2016) or at least just as exciting after hearing many recommendations but that was not to be. A good premise executed poorly. A cam girl somehow gets her identity stolen then things go out of control from there but the suspense just doesn't build to high levels like it should, it gets pretty stupidly annoying and I just got fed up. Netflix original movies are losing their allure and I just can't imagine pressing play on one in the near future to be quite honest. They do some good series telly like Glow, Dirty John, The Sinner, Ozark, Mindhunter etc. but fuck I dunno what the hell is going on in their movie department.

Nail Gun Massacre (1985)
This was mentioned just too many times on The Hysteria Continues podcast for me to ignore. I had to finally seek it out. Confusing, low budget trash of the highest order. This movie could have almost been good. There's a killer on the loose, who is driving a hearse, wearing a motorbike helmet with a nail gun as their weapon of choice. Plenty of boobs and blood on the dusty backroads of Nowhere-ville Texas. For cult film enthusiasts, slasher completists and fans of bad acting. Nail Gun Massacre has some of the strangest dialogue ever caught on film. This is definitely not very good but it's often entertaining.
Posted by Tim 'Space Debris' at 05:35 1 comment: