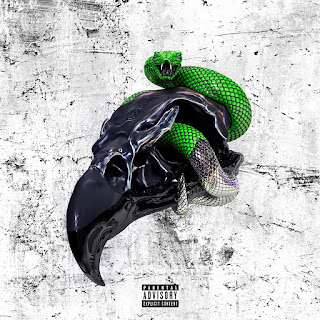 This actually has me excited about music in 2017. I hope it lives up to at least half of it's potential. I love this years records from The Residents, Laurel Halo and Rangers. Only two other LPs have had me in as much excited anticipation as this recently announced collaboration between Future & Young Thug though. They were the 2017 releases from Ekoplekz and Ariel Pink and I just haven't ended up in the blissful places that I thought they might take me (yet). So hopefully this combination of the worlds two best rappers will come through with the goods. It's a gutsy move from Future though, as Young Thug usually upstages all in his path. Thugger lifts his game on collaborations (ie. Rich Gang & Black Portland)! On an initial listen it sounds really fucking good. Way better than Beautiful Thugger Girls and perhaps as good as HNDRXX.