There was a documentary on Michael Hutchence last night on telly. It led me down this strange rabbit hole of half remembered videos and collaborations. I have a vague memory that perhaps Speed Kills was in conjunction with Cold Chisel's Don Walker for some kind of soundtrack which appears to be the 1982 Australian flick Freedom. What about that fabulous hair? 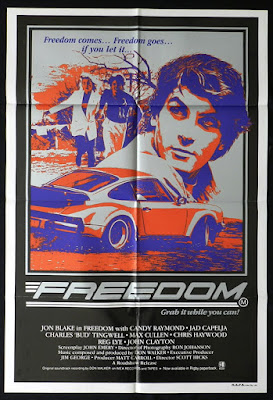 This video appearance from Hutchence in Eccohomo's Motorcycle Baby was a late night staple of late 80s Aussie music tv. At the time I just assumed it was another Hutchence collaboration with Ollie Olsen. I think I was half right, but it's a Troy Davies project. He's the dude in the beanie and the woman on the back of Michael's motorbike. He was an actor, artist, Sharpie, drag queen, man, woman, some kind of performance artist and much more.

Admittedly I knew fuck all about Troy Davies until tonight but I think he makes an appearance in this film clip as well as being part of the film crew. He was a friend and a colleague of film and video clip director Richard Lowenstein. Talking To A Stranger is a 1982 Aussie post-punk classic from Hunters and Collectors. The Avalanches would remix this as Stalking To A Stranger 30 years later.

This sheds some light on Peter/Vanessa/Troy Davies.

More light shedding. Apparently there's a documentary on Davies, Ecco Homo, directed by Richard Lowenstein and Lynn-Maree Milburn. This was screened at the Melbourne International Film Festival in August 2015. Having moved away from Melbourne in 2013 I totally missed that. So while all this stuff is news to me tonight all you Melbourne hipsters probably know all about it, whatever. More info.
Posted by Tim 'Space Debris' at 00:21