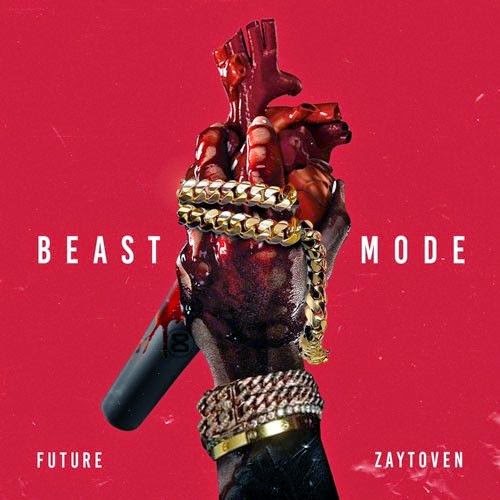 Future reasserts himself on this mixtape as one of the kingpins in weird Atlanta rap. Like Rome Fortune's Beautiful Pimp 2 last year, Future uses just the one producer here and keeps it short at 28 minutes. It all adds up to a wining combination. Perhaps other rappers need to take note of this. Everything's just way more cohesive and it's probably the best thing Future has done since his Pluto LP. The producer Zaytoven (great name huh?) is keen on jazzy piano and mournful strings sprinkled amongst the trap beats. It never comes across as backwards though, sideways maybe? The keyboards are sometimes minimal and sometimes they reach Aladdin Sane levels of absurdity. Lay Up's production is fine like a mini minimal symphony with a violin loop and a spooky piano. Future's trademark vocal slur, original flow and vocal effects are all present and accounted for. Some of this is experimental in a way that certain things have not been juxtaposed like this before. Hood raps over really baroque type of pop piano with brittle drum machines on Just Like Bruddas. That's really fucking strange. Real Sisters has really mental old school synthesisers played like I've never really heard before. They kind of swarm and swirl eerily. The centrepiece of the mixtape is the final track Forever Eva. Future's vocal is so slurred and a fucked with he's often incomprehensible. This is fine trap with great synth, abstract samples, choice beats and melancholy strings. I think this is about him being an ATL hood forever no matter what. He's a true bother forever. Well he's definitely keeping it strange for now and that's a good thing.