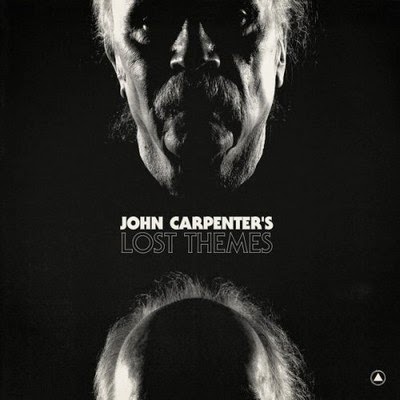 What a nice surprise to brighten the gloom of my past week or perhaps add to the gloom but that will make me happy. Why didn't someone think of this earlier? Just get John Carpenter the music composer to do albums without the films. The films, have been nowhere near as brilliant and influential as his scores. I don't necessarily hate his movies but I think his scores are 20th century masterpieces. I dunno if I've heard anything by him from this millennium, though. Anyway lookout Zombi, Pye Corner Audio, Drokk and Umberto the real deal is here to give you a run for your money as just a recording artist. I'm a little excited by this prospect I must say. Halloween 1, 2 & 3, Escape From New York, Assault On Precinct 13, Christine, The Fog and Prince of Darkness are among my favourite pieces of music of all time! I'm not the only one who thinks this. Check out industrial music, 90s Memphis Rap, Techno, Doomcore et al. as well as 21st century genres like Deep-Tech and Ratchet. I was only saying the other day right here on this blog that John Carpenter might be the most influential musical artist of the 21st century. His music is universally adored and held in high esteem. Let's hope this record lives up to our expectations. If not, don't worry there will be another Umberto record around the corner (I hope) and whoever else Carpenter is currently influencing like Xander Harris, Gesaffelstein, Shay & Sinista etc.


This sounds very good indeed. It more than makes up for the lack of a new Umberto album last year.
Posted by Tim 'Space Debris' at 02:14