The Advisory Circle - From Out Here

*
GhostBox seem to be releasing less and less. I think the last one I bought was early 2013's Elektrik Karousel by The Focus Group (We'll just forget about The Sound Carriers shall we). The Advisory Circle's From Out Here came out yesterday and well the sound of brown continues. The Mrs says "Someone playing with their Casio in 1983." She lived in a small seaside village in North Wales at the time. She adds while Escape Lane is playing "Lovely use of minor falls." During Causeway Ballet she offers "This is very soothing and gentle and somehow familiar." This LP isn't anywhere near as jaunty as their previous LP As The Crow Flies from 2011. We're heading into much stranger zones on From Out Here. For every melodic and idyllic tune there's a peculiar one. It wouldn't be an Advisory Circle album without a couple of logo tones would it? There are two here. Gee whizz, he's even in 'Ekoplekz for babies' territory on Experiment. While the usual hauntological themes are present and accounted for such as 70s TV, library music, eeriness, information films, found dialogue and Radiophonica, this album captures the stillness, innocuousness, melancholia and the metaphysics of being. I dunno if it's just me today (impending birthday) or what?...but this album has signalled to me like no other that we are trapped (even though it's fleeting) in time. Lost in a time-warp and vaguely bewildered. Zoloft world....

Speaking of great batting averages John Brooks, the man behind the moniker The Advisory Circle is almost up there with Moon Wiring Club's Ian Hodgson, his collaborator on the Woodbines & Spiders record from earlier this year. Whether Jon is in solo mode (The excellent Music For Thomas Carnacki, Music For Dieter Rams and Shapwick) under the pseudonyms D.D. Denham (The terrific Electronic Music In The Classroom), Georges Vert (An Electric Mind) or making Advisory Circle albums his strike rate is high. The intriguing debut Advisory Circle mini-album Mind How You Go came out in 2005 and the masterpiece Other Channels was released in 2008. Wow, Mind How You Go is nearly 10 years old. It seems so much older and yet it also seems more recent at the same time. Is this atemporal stasis? It's some kind of paradox befitting the music of The Advisory Circle anyway. 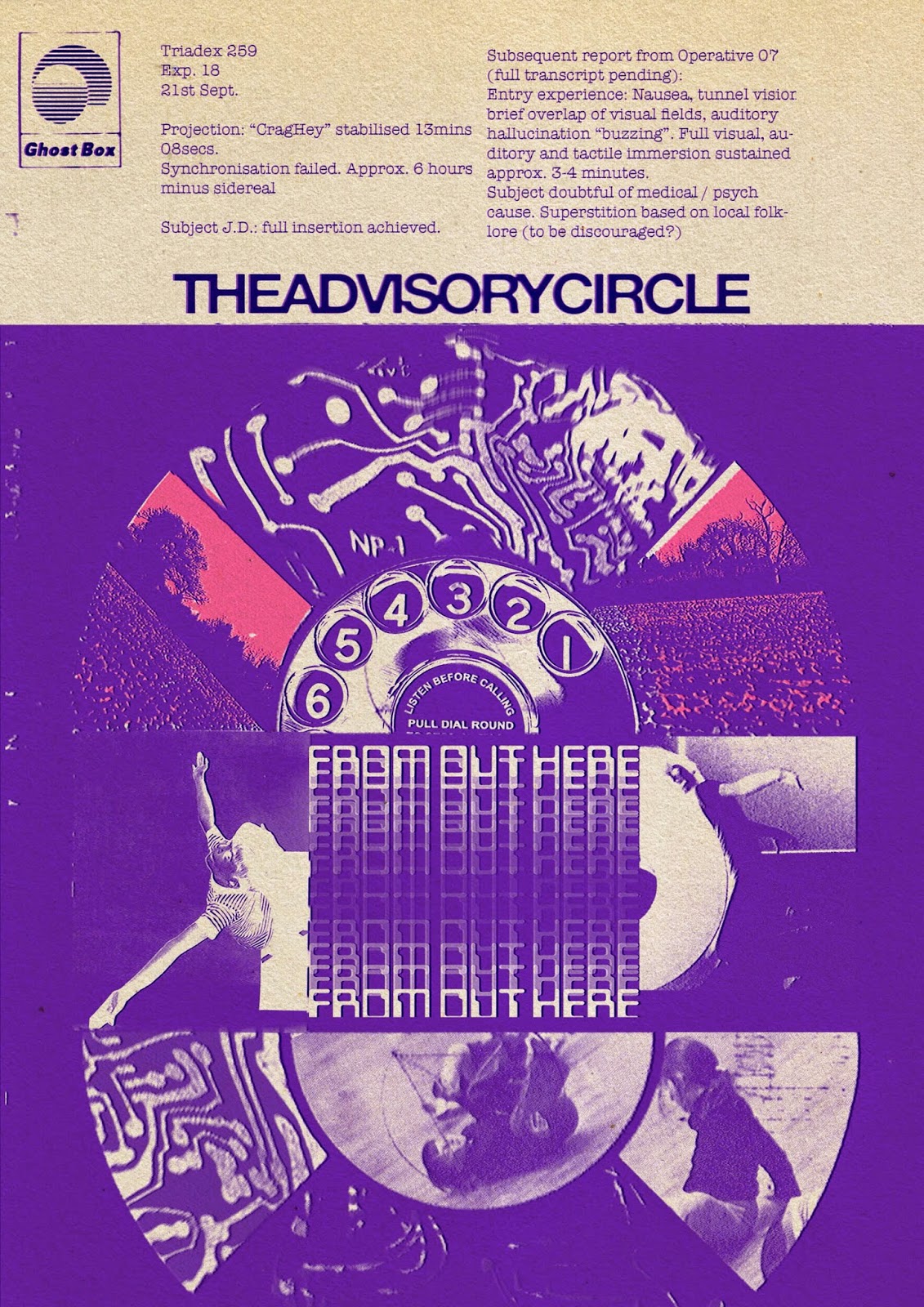 *These soundbite things on soundcloud are rather annoying aren't they? That's the first & last time I'll embed them in a post!
Posted by Tim 'Space Debris' at 12:38