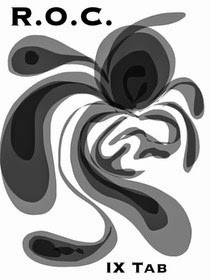 Well we've been waiting for this for a while haven't we? Loki teased us 12 months ago with a video from his soon to be released album R.O.C. but it hasn't arrived until now or a month or so back when it got released. The previous IX Tab album Spindle & Bregnut Tree was an outstanding debut that made my best of 2012 list. I think I wrote that it was a spooky, disorientating, magically psychedelic and rustic industrial album. The noise farming gumboot industrial sounds continue on R.O.C.

R.O.C. begins in new age territory with Parhelion and just as it's lulling you into a false sense of security with its blissful vistas it quickly deteriorates into creepy zones. Mangled voices enter with electronic bleeps reminding you of what IX Tab is all about. A Drunken Bone (of chrome) drifts in with an ominous drone and 5 minutes later a strange synth enters while a sonically warped poet starts reading. It's some kind of poem about being drunk as electronics gurgle underneath, ending with haunting clatter. These jams are capricious and malignantly psychedelic. Blasted is a clangorous drone that ebbs and flows, accompanied by a rusty beat and a manipulated woman's voice. I M Wh U Mk Ov M is all birds in a garden followed by threatening keyboards. A voice over from some kind of 70s occult wildlife documentary (Did they make those?) slips in while the synths then shower you in glowing sunshine. The man is talking to a tree that seems to talk back to him? A Wasp In The Queens Skull is ye olde electronics that swirl and buzz and ends with a deranged repetitive sample.

St James & The 28 Pieces is the tune I mentioned in a previous post with the hypnotist/meditation guru telling you to "relax, let yourself go and sleep." while you stare at a spot on the album cover. Electronics float in and out as the guru keeps guiding you through the hypnosis. A lady's voice appears like a mirage at the peripheries of your listening experience cloaking the tune in mystery. Then like the previous track it finishes with a contorted repetitive sample, this time, of a man perhaps saying "He is/was queer." The sounds of children talking dissolve into foreboding electronic drones on The Sutton Wytch Found-Fox, this is followed by a man discussing a talking fox who has a bloody hand print or something like that(?). Funnily enough my dog freaked out at this tune. A plucked harp begins The Sweet Track. Interstellar swirling electronics rise and fall away as vague foreign chanting flows into the mix then the harp continues its merry way to the end of the tune. Erratic electronics veer out of control on A Prayer To The Head. Amongst this aural madness is a media sample frenzy. It's hard to decipher what's going on, making this composition quite disconcerting. Blurred bass throbs, even blurrier sampled ethereal female murmurs, intense noise that builds to an ultra slow technoid dub beat and samples of a ranting psychotic twit are all part of the apocalyptic epic Blowm. The beat then picks up as the twisted voices are smeared against it. Finishing the album with a nut job's diatribe about god knows what.

R.O.C. is an aberrant and shadowy affair. Get the family to gather round the hi-fi and let the good times roll. 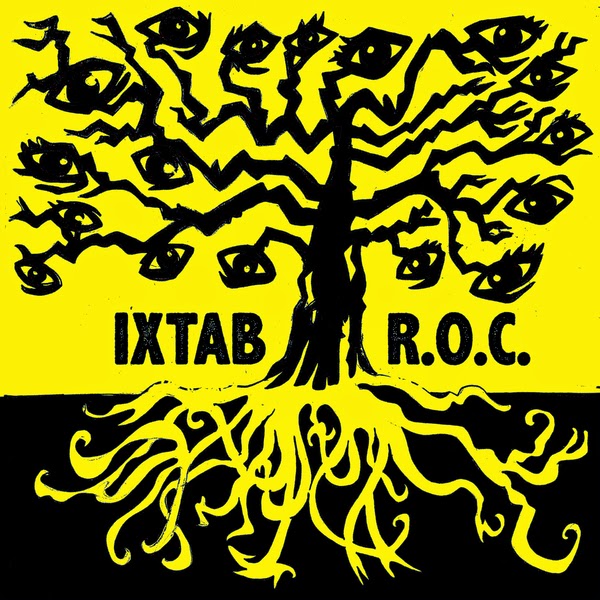