THE SUN AIN'T GONNA SHINE ANYMORE
My favourite singer of all time is dead. 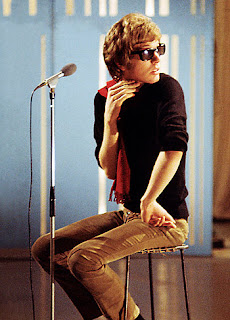 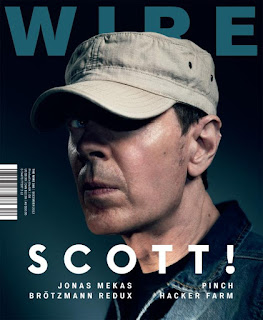 As stated by me on twitter:
This is my favourite pop culture photograph of the last 20 years. This was the pure essence of SCOTT WALKER captured in one brilliant photo.

Email ThisBlogThis!Share to TwitterShare to FacebookShare to Pinterest
Labels: I was hanging out with excited anticipation to hear his next LP

That Month In Movies

Abducted In Plain Sight (2017)
Well I'll be. This is next level true crime. Abducted In Plain Sight is the most bizarre, fucked up and fascinating story I've ever heard. There's not even a murder. This documentary was so compelling even the phoney 70s film filters in the flashbacks didn't distract me. Right from the very beginning I was perplexed. This story just kept getting more and more mental as it continued. Even the most batshit crazy film maker could not have come up with a story half as outlandish as this, it's so wrong. This film has left a lingering disturbia in my brain that I can't shake.

A Star Is Born (2018)
Bradley Cooper's vanity project isn't as bad as I thought it was going to be. I imagine wankers are writing think-pieces on the problematic nature of this movie but whatever. It's about a shit-cunt alcoholic musician (Cooper) who gets an up & coming musician (GaGa) to fall in love with him. Lady GaGa is pretty good but the rest of the movie is mostly crap. Awards must go to the dog though, he/she was brilliant and broke my heart.

*I Also thought Bradley Cooper could play Gary Ablett Senior if they were ever to do a bio-pic on Ablett's life. That wouldn't be uninteresting you know.

Bohemian Rhapsody (2018)
Here's the catch one of the worst films in history contains some of the most astounding filmmaking ever. If you hate Queen you are almost certainly not going to enjoy this movie. I have a thing though for rock bands going disco (Rolling Stones, Kiss) and a thing for proggy 70s bands going 80s pop (Yes, Rush etc.) but most of Queen's other music I still find fucking tedious though. The tone of this film is all over the place. It's a bio-pic, drama, faux concert, parody of a bio-pic and a lookalikey contest all in one mess. However the centrepiece of the film is Queen's appearance at Live Aid, which is a miraculous film sequence. It's like no other and worth watching just for that alone. It had me saying 'How is this not actually Live Aid?' I don't get how they did it but it's very impressive.

*Also impressive is how bad the lookalikey for Bob Geldof is. They got all the other lookalikeys correct but Bob...no, good laugh though.

Elysium (2013)
Dystopian future films have become less enticing as the world gets closer each day to a fascist police state. It's more like watching the news now rather than enjoying a dark sci-fi fantasy. So Matt Damon & Jodie Foster do their stuff but who cares right? Not me. Elysium had a total 70s/80s sci-fi vibe. Halfway through Emma asked me 'Are you enjoying this?' I had to say 'Er...not really it feels a bit like a computer game' 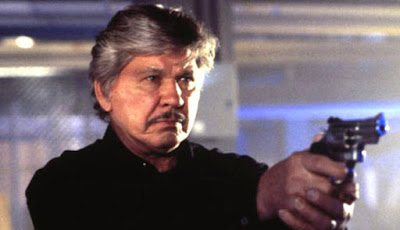 Death Wish V: The Face Of Death (1994)
OTT vigilante revenge violence doesn't get much crazier than the Death Wish Movies. Good old Paul Kersey (Charlie Bronson) doesn't have much luck in his private life does he? His new Mrs, Olivia (Lesley-Ann Down), gets her face disfigured by violent gangsters and then the revenge begins. Some of these scenes of vengeance are very inventive. This is filmed in Canada so New York just doesn't look like New York. Michael Parks is brilliant as Tommy the gangster who is Olivia's ex-husband. By this stage you are either in or you're out when it it comes to Death Wish sequels. 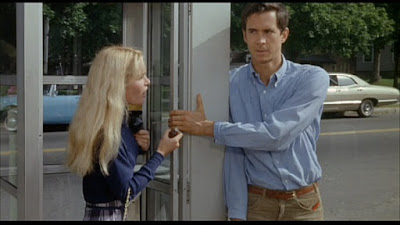 Pretty Poison (1968)
I knew next to nothing about Anthony Perkins except for Psycho and the following couple of crappy sequels until I saw this blu-ray two or three years back. I pulled it out the other day after hearing it mentioned on a podcast. Pretty Poison is a tight little movie that I can't believe isn't more well known, maybe it is (?). An ex-con (Perkins) becomes entangled in a relationship with high school girl Sue Ann (Tuesday Weld) after seeing her during marching practice in a park. Their relationship starts off intriguing and ends up diabolical. This is one of the most perfectly realised films I've ever seen. Why isn't this on the (stupid) canonical lists? 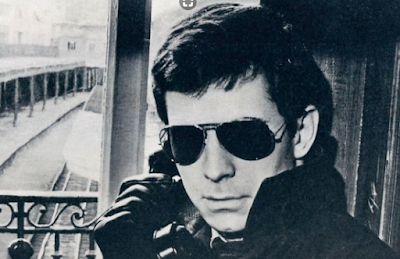 Five Miles To Midnight (1962)
Anthony Perkins stars with Sophie Loren and Gig Young in this stylish and suspenseful thriller set in Paris which is a French/Italian co-production. The tension and claustrophobia created here is palpable. A dysfunctional married couple get an out when Robert's (Perkins) plane crashes and he is assumed dead. He secretly reappears to claim his life insurance policy then the film intensifies even more. I can't believe the cult-builders haven't managed to make it a cult movie yet. I recommend. 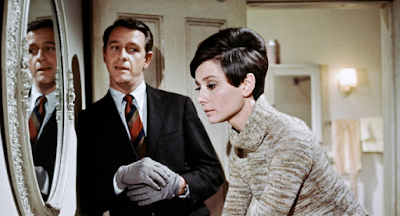 Wait Until Dark (1967)
Intense & disturbing thriller starring Audrey Hepburn, Richard Crenna, Alan Arkin, Efram Zimbalist, Jack Weston and Julie Herrod. Wait Until Dark is an incredibly clever story that will have you gripped from the get go. Susy (Hepburn) is a recently blinded lady who inadvertently becomes entrenched in a heroin smuggling plot. This story feels like something that could have been made today which you could probably slot quite easily into the home invasion sub-genre. I assume this was originally a play as it all takes place pretty much inside one apartment. Well worth a look. 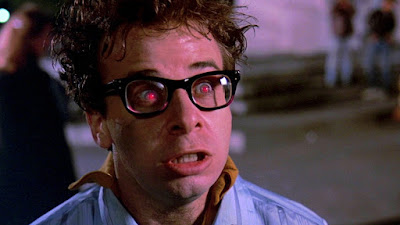 Ghostbusters (1984)
I haven't seen this since it was first in cinemas. I didn't think much of it then and I don't think much of it now. A great theme tune and logo doth not maketh a great film. The tone here is all over the place and it's just not that funny. The only saving grace for me is the hilarious Rick Moranis character. One for pre-teens or nostalgists but beware, Emma used to love this film as a child and could pretty much recite it, now she cannot believe how daft it is. Some things are best left in the past.

I was listening to Pontone's Bleep Mix from like 10 years ago so I decided to have a look at their inactive but legendary website to see if there were some good mixes I may have missed. The old site is gone but they have made a return in 2019 with 3 new Pontone mixes already. There is only a handful of their archival mixes on the new look site. I assume they will be adding more new and archival stuff soon. Check it out.