Six or seven years ago I explored Giallo movies beyond what I'd discovered in the 90s ie. Dario Argento videos and stuff that would screen on SBS TV. I undertook an intense investigation of the genre and watched like 90 or 95. Giallo films in less than that amount of days. There are still many I have yet to view which excites me a little. I filled a 100 page A4 notebook with all my reviews and thoughts and whatever. It was a private little hobby I had while I was going through a severe depression. My relationship with the genre was a total love/hate thing. I came up with some kind of equation along the lines that somewhere between 31 & 37 percent of these films were worthwhile, actually it may have been less than that. More like 21%. The soundtracks however are usually always fucking fantastic as are the posters. I ended up overdosing on this whole film style. I went off Argento quite a bit in favour of Umberto Lenzi, Luciano Ercoli, Luigi Cozzi, Sergio Martino & Mario Bava and the other dudes that only directed one or two Gialli. 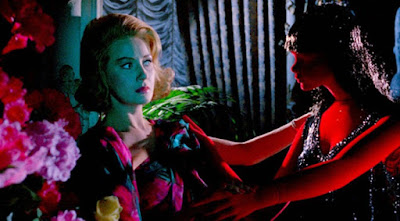 At that time my blog was a purely a music one. I didn't know what I was going to do with my Giallo knowledge and that notebook. I thought about sprucing it all up and perhaps doing something serious with it but it was rather polemical and who wants that? So I forgot about it for a year or two. One day, I then thought, fuck it I'll just put up the writings on a separate blog under a different pseudonym. I did a quick search of the net to find there was already some fabulous material on Giallo films out there. Two outstanding pieces of work in particular. First was Samm Deighan's terrific Giallo Blog Series to be found on her Satanic Pandemonium website. The second was a paper, written by Michael Mackenzie from The University Of Glasgow, titled Gender, Genre & Sociocultural Change In The Giallo: 1970-1975. PHD Thesis. There was other good fun stuff out there too particularly The Giallo Files. So the whole idea got permanently shelved. I think now I wouldn't be as harsh as I once was on the entire genre but I dunno I'd have to re-watch what I saw as the bottom 60-80% just to make sure. Hey, I really like the much maligned 5 Dolls For An August Moon so I really don't think my negativity on the genre would hold up strongly. I think I've only watched a couple of Giallo films since that initial deep examination but I feel the time has come to track down the bunch I haven't seen. I might do a minimal abridged post on my Giallo favourites as part of the More On Movies series in the future. 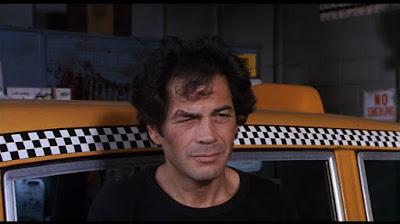 Anyway I have started loving movies again and have been posting little reviews of the films I've recently watched or re-watched. I find it a really enjoyable challenge trying to condense the essence of a film into a couple of sentences. You don't need in-depth analysis from me because there's plenty of deep dissections of movies out there particularly in the podcast world ie. The Daughters Of Darkness, The Projection Booth, Pure Cinema, Unspooled, The Cannon, F This Movie, The Hysteria Continues, Wrong Reel et al. So go here where it all started I Love/Hate Movie. Then continued here with More On Movies. Next was Movie Part III. Followed by Movies Again. And More On Movies Part III. Then continued here More On Movies Part IV. Most of these movies are American with a few Australian, Canadian and British films sprinkled throughout. Not one Giallo in sight, I might add. I intend to continue the More On Movies series for now. 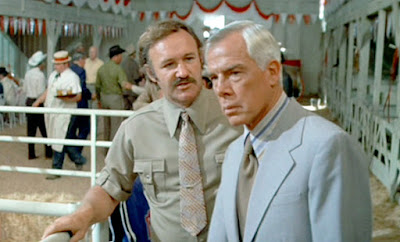 Email ThisBlogThis!Share to TwitterShare to FacebookShare to Pinterest
Labels: too tired to edit is this post bullshit

The Primitive Calculators have released a new LP. It's the follow up to their stunningly abrasive 2013 comeback long player The World Is Fucked. The new record On Drugs is available here.

I read a while back that this album was going to be like a pop record influenced by The JBs, or did I dream that? There was also talk of a psychedelic space folk album from the Calculators too but did I get that wrong too? I do recall like 17 years ago Stuart saying he loved The Beach Boys and ABBA but this stuff never really seems to seep into their one chord noise boogie sonic assaults. Although maybe it does because to me they've always had pop sensibilities in that snarly neanderthal 60s garage sense albeit speeded up to the max with a fucking relentless futurist drum machine and awash in a brilliant nihilist noise guitar/synth chug. There is a ballad, however, on the new LP but the sentiment is so malicious it could only come from The Primitive Calculators who are self proclaimed outer suburban Melbourne scum. Funny bastards to boot! 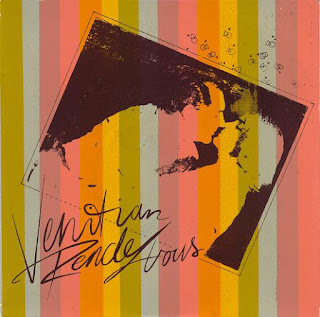 I used to write about music quite a lot here on me blog and Australian Post-Punk was a favourite topic of mine. The real stuff, I mean, that happened in the late 70s and early 80s. None of this faux shit from the last 20 years. Anyway there has been some activity over at Jonny Zchivago's legendary Blog Die or DIY? with some posts of stuff that's never been reissued since those olden days ie. Philip Brophy's Tsk Tsk Tsk. I've never been able to find their records in physical form or in a file format. So go here to find the Venitian Rendezvous EP, Nice Noise EP, Caprice EP and Spaces LP.


While you are over at Jonny's site don't forget to check out some other choice Antipodean post-punk. He has posted a bunch of Sydney stuff including a stack of seminal compilations on the Terse Tapes label, a coupla things from the M Squared label, some primo Slugfuckers, a Negative Reaction tape and miscellaneous Systematics releases.

There's also some other seminal Melbourne experimental post-punk but those records have been reissued in the last few years so you've probably got those Essendon Airport, Asphixiation and Primitive Calculators LPs/cds.

Speaking of The Primitive Calculators they have released a new LP On Drugs and it's here. 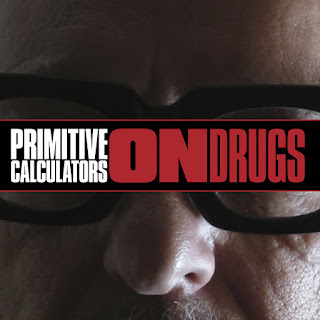