Lobby Loyde is a legend! His guitar style is yet to be topped in Australia or probably the world despite the best efforts from the likes of Angus Young, Billy Thorpe, Deniz Tek, Ed Kuepper etc. You've also gotta love a guitarist who has a name for his guitar. Loyde's was called 'George' which is pretty funny, I reckon. He wasn't just an Australian legend though American hardcore bands such as Black Flag cited him as an influence, grunge act Nirvana acknowledged him as did Steve Malkmus of 90s indie darlings Pavement. UK's Stiff Records even wanted a Coloured Balls album in the Ball Power style but by the late 70s Loyde had moved on and wasn't interested.

After writing that article on the Sunnyboys release of the original tapes of their second LP Individuals, I realised I'd never posted any tunes off the best Australian rock record ever. That is Ball Power by Coloured Balls which was Lobby Loyde's early 70s rockin band's debut LP. As noted Lobby Loyde produced the first two Sunnyboys albums. Lobby Loyde at that stage was an older statesman of Australian Rock. He was a singer, songwriter and guitarist extraordinaire for many years before becoming a noteworthy producer. In the 60s he had been in hit groups The Purple Hearts who had a top 40 smash with Early in the Morning in 1966. The above clip Of Hopes & Dreams & Tombstones is from 66 as well and is soo good, I couldn't resist. Fun fact it was written by Joy Byers who mainly wrote tunes for Elvis. Anyway Lobby then joined Wild Cherries writing two of their classics Krome Plated Yabby (previously posted here) and their 1968 top 40 hit That's Life which became a hit after he'd left the groop. He briefly joined Billy Thorpe & The Aztecs and had quite an impact on the band's future development as one hell of a heavy blues inflected boogie band. Loyde played on The Aztecs1970 LP The Hoax Is Over. He soon left. I think even before that record came out. Lobby revived the Wild Cherries moniker briefly. They performed at the 1972 Sunbury Festival and subsequently broke up. 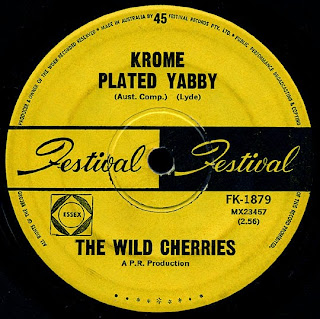 That brings us to Coloured Balls. The line up on Ball Power was LL on lead guitar & vocals, Bobsy Millar on guitar & vocals, John Miglans on bass and vocals and Trevor Young on drums & vocals. Ball Power was released in December 1973 on EMI. I haven't even mentioned Sharpies, violence, Box Hill or police harassment. You could write a book on that stuff. I'm tryin to stick to the music here not necessarily the bollocks that goes along with it.

Surely one of the greatest pop/rock songs of all time. This was released as a single but didn't even crack the top 40. Go figure that one.

OMG how good is this? Nothing was this good in 1973 rock I'm fairly certain of that. Challenge me on that and you lose.

Ten minute epic to end Ball power. I can't recall if i ever ended up doing that best last tunes on LPs list but hey this would have been in like the top one.

Now this is fucking astounding. 16 minutes of all manner of guitar goodness. The band would sometimes turn this into 30+ minutes of transcendental rock at their live shows. Actually I haven't come across a studio version of G.O.D.(Guitar Overdose). I guess they never captured the magic that you can hear and feel here. Sonic Youth wish they were this innovative. They couldn't have been though because all their future noisy guitar fuckery was right here at least 10 years before they had the ability to try to challenge Loyde's greatness but you could only ever come out second best.

Alright this was meant to be a short little trip but now it's turning into a Lobby fan site. Along with his Sunnyboys production triumphs are his other two production triumphs, the first two LPs by perennial outsiders X. X were originally a Sydney band and just didn't fit anywhere. Were they hard rock, garage, metal, punk, post punk, hardcore or none of these? When you don't care for fashion and just wanna rock as hard and raw as you can, categories are fucking meaningless. X didn't give a fuck just as long as they were awesome and they certainly were here on Delinquent Cars and the rest of their 1979 debut LP X-Aspirations.

Hey I could post the entire album really, it's that fucking good. Here's another bewdy from X-Aspirations. Funny song too.

One last one here from X. This time it's from their 2nd classic Loyde produced album At Home With You from 1985. This was when they had become a Melbourne Band with ace new drummer Kathy Green. Original crack drummer Steve Cafiero refused to go to Melbourne. He died a few years later in a bizarre medical accident. This wasn't the first time tragedy had struck the band. Ian Krahe their original guitarist when they were a Sydney four piece in the late 70s died of a heroin overdose before they made a record. From then on they would always be a 3 piece except when they were occasionally joined by a horn section like on this here classic TV Glue.

*This youtube picture has nothing to with X. I couldn't imagine a more incongruous image. Youtube eh? 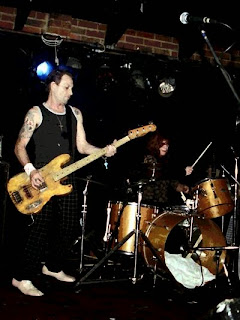