This one is from 94 and is a gem. My files have disappeared and my computer is dead till I get someone to look at. I'm not hopeful though. I'm using the Mrs computer. I don't think I had this as an mp3 track, it was definitely on a mix though. So this is a Ray Keith alias and there is some Foul Play connection as well. I think they did something on the flipside. I don't know if Ray went onto garage or continued on with drum'n'bass.

Now this is Wookie from 99 and it's garridge gold. I don't think I knew this one at all. That organ sound plus the drums and bass seem so simple and that's what makes this so great. Then there's that cool serene outro, nice.... I guess it reminds me a little of some of those early hardcore trax that were really minimal like 2 Bad Mice but Wookie does it in garridge form.

Ha, now we're back to Steve Gurley who may or may not have had anything to do with that Renegade B-side at the top. I think I'm lovin the dub (below) even more than the vocal mix. Gurley did both of these versions. Gee he had a knack for this shit. The way he seamlessly went from hardcore to jungle to garridge is something to behold. Nobody probably did it better as far as I know (future topic perhaps?) He was born to do it......er...... wonder what the original is like?

Part of a discussion with Simon Reynolds, author of Energy Flash & Retromania, and me lifted from the comments box.

Tim
I found the 'Full Vocal Mix' on this mix at Soundcloud https://soundcloud.com/stevegurleyselectedvinyls/steve-gurley-selected-vinyls


This is a pretty cool mix from Revealomaniac, no relation.


The 'Full Vocal Mix' & 'Ballistic Beatz Dub' are not on i-tunes or Beatport. I don't get these guys and the way they treat their own archives?

Simon
yes the mix in that Soundcloud thing (which i downloaded last year now i recall) that is the same as the one described as 'Renegade Business Mix' - so i wasn't wrong all along after all. phew!


i suppose it's not an archival culture really, as much as there are fanboys clustered around all different stages of the hardcore continuum who track stuff like who engineered which jungle or hardcore tune and auteur trajectories of producers etc - the actual core of the culture is not archivally conscious. all these great tunes we fetishise were done as fast-money music, it was about getting the track out for the weeks or few months it was blazing on the pirates and making quite a lot of quick money for the label and the producer. they weren't thinking that far ahead and many would have gone out of business. i mean is the label that put out the gurley rmx even in existence any more? is there anyone with an active financial interest maintaining the archive? probably not. but you would think that the artist would want to keep their work out there in some form. however i got the sense that Gurley was burned in his business dealings, that's the story i heard from somewhere, that he was locked into something iniquitous. so perhaps the whole period something he wants to put behind him, or even doesn't own that music. i mean a remix is usually a flat fee payment for a service, the remix is owned by the original artist / label no matter how different the track is at the end of the process.

Tim
Lenny Fontana has Hundreds of trax on Beatport and Gurley even has a few. They're just not the one's I want. Maybe there are some issues like you say with certain tunes. Steve Gurley did acknowledge and recommend that Soundcloud mix though. It's a funny old world innit?

***Both Victor Romeo's Inside You and Lenny Fontana's Spirit Of The Sun were issued on Public Demand Records which I don't think has a current release schedule. Probably shutting up shop in the mid 00s by the looks after 2-Step and UKG were superseded by Grime and Dubstep. In 2013 there was some archival (I think?) audio file release activity from the label. They do have a twitter account. 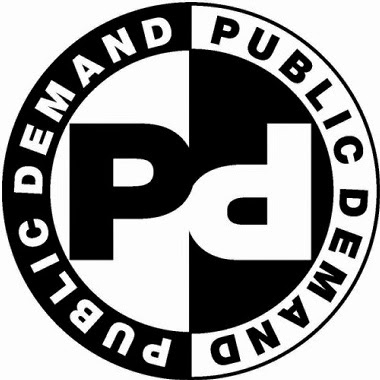